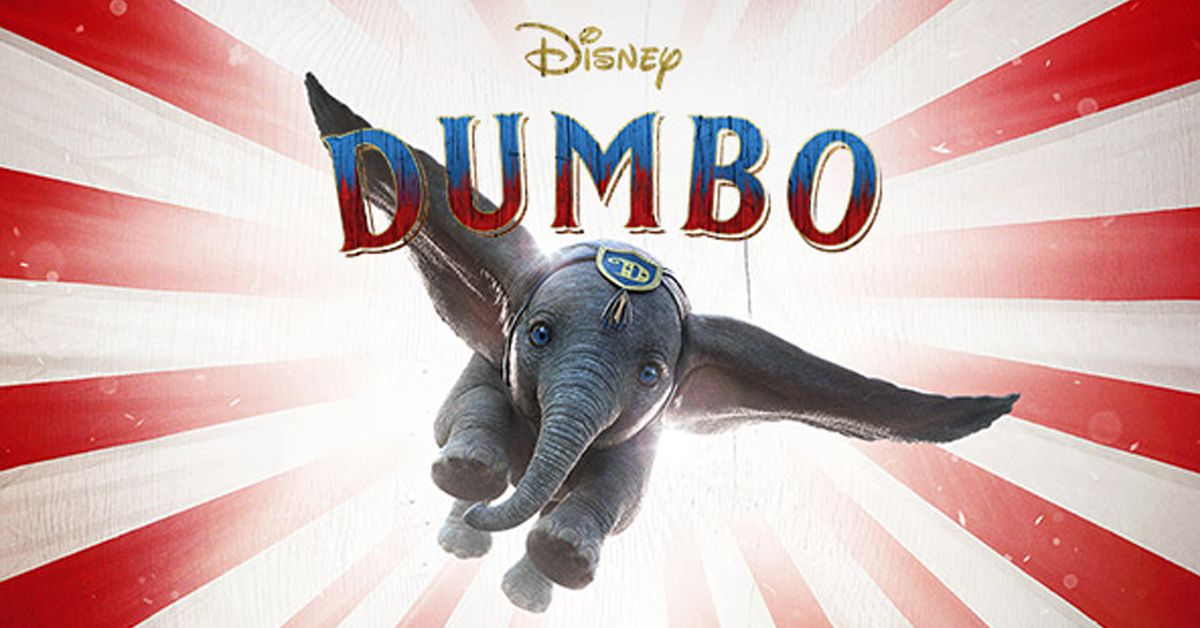 A mostly joyless adult drama with occasional scenes of an adorable flying elephant.

In its quest to rule the world, Disney has double-dipped with live-action remakes of its classic animated films. They’ve had Rumpelstiltskin’s touch with Cinderella (2015), Jungle Book (2016), and Beauty and the Beast (2017), but Dumbo presents a greater challenge. The original—which was Disney’s third animated feature film and released way back in 1941—is a strange and trippy film and has not aged well. As a result, much of that story has been overhauled. The climatic circus scene in the animated film occurs roughly a third into this remake, leaving the rest of the film to chart new territory. Much like the messaging of the film itself, Dumbo (2019) is certainty different but does little to convince viewers why differences are a good thing.

There are a few minor profanities (“What the H—“, “Oh H—” etc.). There are several moments of violence, including a villain killed by falling debris. A scene near the end of the film is quite dark and frightening and might be too intense for some younger viewers (the scene takes place in “Nightmare Island” if you want to schedule a strategic bathroom break).

The original Dumbo is a strange movie and director Tim Burton is a strange dude. It’s a perfect marriage on paper, but the actual results are less inspired. The main point to know is that the film is not primarily a film about animals nor is it particularly geared toward children. Rather, Dumbo (2019) is a human story that happens to feature an elephant. The lovable, long-eared elephant is mostly downgraded to a secondary character whose function is simply to help the human characters along their own character arcs. Dumbo and his mother were speechless in the original and they remain silent in the remake. However the anthropomorphic animals that surrounded them in the original (the delightful Timothy Q. Mouse and the somewhat controversial crows) are noticeably absent this time. This shifts the bulk of the story to the new human characters and their human drama and issues, and results in long stretches without any appearance from the far more intriguing and interesting Dumbo.

The film introduces a plethora of heavy adult themes: Post-war depression, grief for a deceased wife, a broken relationship between a father and his children, ruthless business maneuvering and backstabbing, poverty, and even an on-screen death…and that’s just in the first 20 minutes. Children eager to see an adorable flying elephant will have their patience tested. Adult themes in children’s’ movies are not always a problem (they are part of what makes Pixar films so great), but Dumbo handles them with glum cynicism rather than inspiring optimism.

A central location in the story is Dreamland, a very Disney-esque amusement park run by the villainous V. A. Vandevere (played by Michael Keaton). A scene near the end of the movie serves as a metaphor for the film itself. Shenanigans have happened and the park is now going up in flames. Keaton’s greedy con man stares up at the enflamed “Dreamland” sign as the park burns to the ground. Dumbo is not a film where dreams come true. It is one where childlike dreams are tarnished by corporate and adult cynicism. The film suggests that we should all be wary and skeptical of captivating dreams for all good things might have a dark underbelly. This is an interesting theme to explore, but probably not in a children’s film about a flying elephant.

2. People are Different…but is that a Good Thing?

There is a particular moment in the film that highlights the film’s jumbled message. Holt Farrier (played by Colin Farrell) is a former trick horse rider and star of the circus until he lost his left arm in WWI. Holt’s story is meant to parallel Dumbo’s. Both have deformities that cause others to stare and jeer, and both must discover their identity and embrace what makes them unique. Ringmaster Max Medici (played by scene-stealer Danny DeVito) makes Holt wear a fake arm in public so that he won’t frighten the audience. There is an empowering moment near the end of the film where Holt finally rejects the fake arm and embraces his deformity. However, the moment is largely undone at the end of the film when he is shown riding his horse like a classic Hollywood hero, with a fake arm that is now enhanced with a fancy new mechanical hand. The moment is an encapsulation of a main problem with the film’s messaging—it establishes that all people have differences but it doesn’t do much to convince viewers that these differences are to be embraced and celebrated. Rather, they are to be overcome.

Similarly, the human characters repeatedly say that Dumbo is a miracle but the film never demonstrates why he is one. Dumbo is used as a pawn by the various suit-wearing business men and his unique ability to fly is rarely used for purposes outside of being a freak-show circus act. In the end, rather than being accepted by the general public, Dumbo is sent away into the wild to hide from an unaccepting world. The film’s story could have been a potent teaching tool to help children understand and appreciate our differences, but—much like Dumbo’s first attempts at flight—it never sticks the landing.

The adorableness of a flying baby elephant can only carry Dumbo so high. The grim adult themes are sure to lose the interest of many younger viewers. This film seems poised only to please older viewers with a fond nostalgia for the original, but with most of the original’s story changed or left on the chopping block, even they may find little to latch onto. The film revels in the strange and bizarre spectacle but like the circus attendees who jeer and mock Dumbo, it never seems to appreciate the things that really matter.

My Recommendation: Don’t pay full theater price. Wait for the film to come out on video or skip altogether.