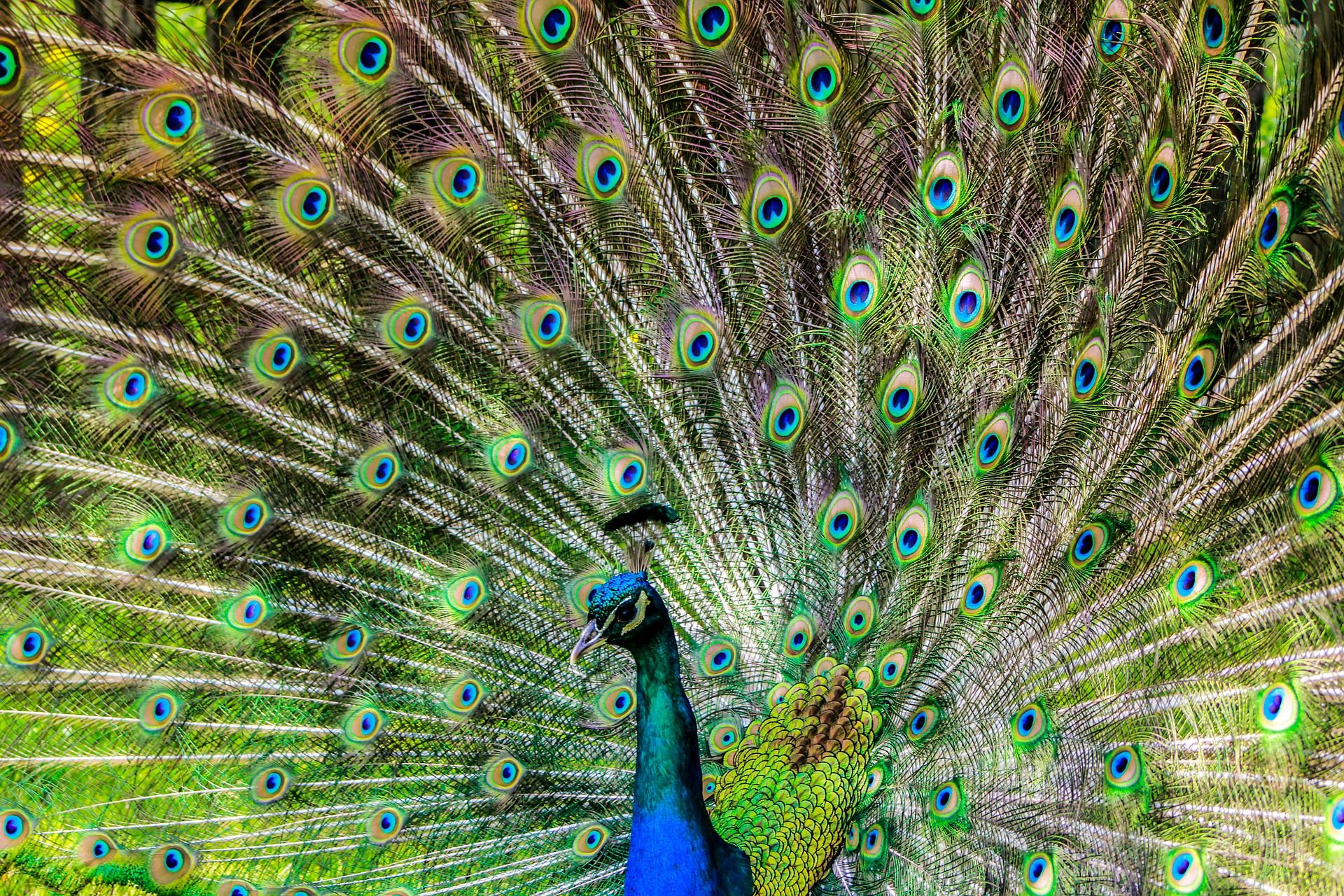 Charles Darwin’s relationship with birds is best classified as “it’s complicated.” On the one hand, Galapagos finches were so pivotal to his theory of evolution that the birds are known as “Darwin’s finches.” On the other hand, in letter to a colleague, Darwin famously confessed, “The sight of a feather in a peacock’s tail, whenever I gaze at it, makes me sick!”

There are many “missing links” in the evolutionist’s worldview, but arguably none more conspicuous than the existence of and appreciation for beauty. Darwin’s famous book, On the Origin of Species, ends with the oft-quoted words, “Endless forms most beautiful and most wonderful have been, and are being, evolved.” This is a fitting end to Darwin’s book, as “the beautiful” is also effectively the end of what his theory can explain.

Earlier in the same letter where Darwin revealed the nauseating effect of peacock tail feathers, he wrote, “I remember well time when the thought of the eye made me cold all over, but I have got over this stage of the complaint.” In Darwin’s own mind, beauty represented a more formidable and insurmountable problem to his evolutionary theory then even the most difficult biological and scientific hurdles. To understand why, we need a quick crash-course on his theory.

Darwinian evolution requires two elements: 1) a struggle for survival (ie. limited food, etc.), and 2) biological mutations (called adaptions) that provide some individuals an advantage over others. In simplified sense, a bird might be born with a mutation that gives slightly longer beak, allowing it to get the most food. The shorter beaked birds, unable to find enough food, will eventually die off. The larger beaked birds then have offspring that share their advantage, and, over a long period of time, the species of bird will all have larger beaks. This is called “selective fitness,” and is the essence of the mantra “survival of the fittest.”

On its own, the theory might appear logical and workable—until beauty.

Like Captain Kirk cosplay at a Star Wars convention, beauty is painfully out of place in the theory. Not only does a peacock’s brightly colored tail feathers have no survival value, they actually have the opposite effect. The bright feathers are like neon signs declaring to prey, “Here I am! Come eat me!”

The flamboyant Irish poet Oscar Wilde famously wrote, “All Art is quite useless.” Part of what makes art art is that it requires no functionality. It simply is. Beauty serves no purpose beyond being beautiful. We do not stare at a brilliant purple sunset in hopes of learning a practical lesson on how to survive a cruel winter. We do so because the sunset is beautiful and pleasing to look at. No naturalistic worldview has ever been able to adequately explain the “wow” moment that comes from looking at a majestic mountain range, or the impulse to pick a pretty flower and smell it.

Evolutionists have gone to great lengths to force beauty to fit into Darwinism, incessantly hammering a square peg into a circular hole. Darwin’s own solution to the problem was so far outside the framework of his evolutionary theory (and so baseless) that even the majority of his own followers lambasted him. Some even called him a traitor to his own theory! Thus, in a humorous turn of events, Darwin was deemed to not be Darwinian enough to be a Darwinist! Even today, evolutionists are still desperately trying to solve this old riddle of beauty, oblivious to the fact that their efforts are in vain. The only viable answer to the question of beauty is found, not in the natural world, but in the heavens.

The Bible reveals, “The heavens declare the glory of God; the skies proclaim the work of his hands” (Psalm 19:1). God did not just create a purely functional universe. He also made it beautiful. He did not only create an environment suited and balanced for survival. He also filled it with enchanting colors and sublime landscapes. Beauty did not evolve—it was given as an amazing gift. Even 150 years after Darwin has passed on, the sight of a peacock’s tail feathers is still enough to make his followers sick.

I always think two thngs about Darwin and evolution. It might have been “interesting” in 1800’s but we have soooo much more information now. And it all points to a world so complicated and fantastic and fascinating that I can’t see a thinking person buying the “by chance” thing. To believe in evolution is like believing that blood-letting can cure diseases. Second when taught or discussed they always talk about the animals… but what about all the other systems of the world.. they had to be ‘evolving’ too didn’t they? And if they were then wouldn’t say grass have to just happen to come about at the same time that grass eating animals” just happened” to come about. that goes for all the “systems” in our world and interact.

Darwinian evolution works best the the simpler the theory is kept. Even Darwin himself never presumed that his theory could explain every aspect of existence. There remain many significant aspects of our human life—such as beauty—that still need an explanation, and Darwin’s theory doesn’t offer much of a foundation to stand on. Thank you for sharing, Debra!