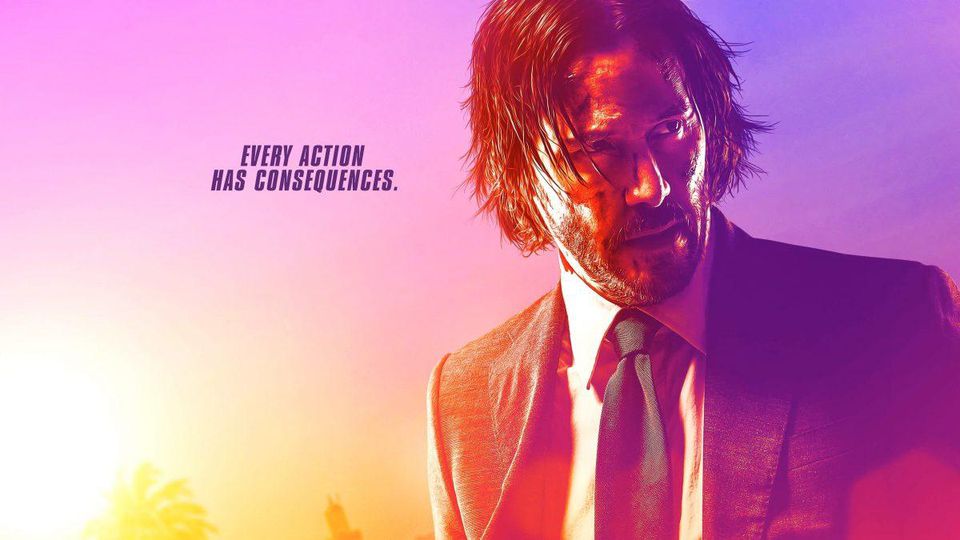 An Action Movie That Delivers Adrenaline at a Steep Price

Naming a movie after the main character is a gamble for filmmakers, as they must hope that their title character propels the movie to enough fame that the name becomes well-known. Successes cement the character in the public mind so much that the name becomes synonymous with the movie, a la Forrest Gump (1994). Failures render the name and character forgotten, à la Jonah Hex (2010). The $92 million opening weekend revenues indicate that John Wick 3: Parabellum (2019) is likely to join the former group. With a fourth John Wick movie having already been announced, it’s safe to say that the franchise has earned name recognition into the 2020’s.

The same late teen to early 20’s audiences who enjoyed seeing The Matrix (1999) will likely feel a similar rush seeing the same actors still able to serve up highly-caffeinated action sequences.  In particular, this movie drops a double shot of espresso into the black coffee of the first John Wick, turning up the energy and violence to levels approaching slapstick. John Wick 3 is a sleek action movie that delivers an adrenaline rush—but at a steep price.

People are killed in almost every form of combat imaginable, and the camera never cuts away from graphic death.  Although ninety years ago Un Chien Andalou (1929) showed an eyeball being sliced for no apparent reason, seeing an eyeball sliced on purpose in John Wick 3 feels just as nauseating. Other than medium-distance shots of belly-dancers in two shots, the film features very little sexual content. The film contains a fair amount of strong profanities (words that start with F), and there may have been others that I did not notice among the acts of breath-stealing violence.

The filmmakers themselves may not be aware of how rooted the John Wick narrative is in Nietzschean thought, but Nietzsche’s themes both undergird and overlay the entire movie. Although portions of the film take place in New York City and involve dozens of shooting deaths, not a single police siren is to be heard. The rules of reality do not apply.  The character of John Wick is the Übermensch (the “superhuman”) who is neither beholden to the morality of the populace nor constrained by their laws.  Insofar as we identify with his flawless skill and unstoppable desire to win, watching John Wick tear through his enemies provides a thrill that lasts until we remember that no one has that level of tenacity (or skill).  And even if one did, superior power or stronger will does not invalidate universal morality.  Yet in John Wick 3, no one answers to a morality higher than themselves.

Older gangster movies played with the idea everyone was “in it for themselves,” but the increasingly popular “battle royale” video game genre flips that old idea into everyone being “out to get you.”  In this zero-sum economy, everyone else must literally die in order for a single person to win.  In the first movie, Wick goes on a killing spree because bad guys destroyed the only memory he had of his deceased wife. In this movie, he kills dozens of people solely to survive, and the lack of nobility coarsens the entire proceedings.  While the initial John Wick movies were individualistic and fatal, this third installment sees that even the most powerful warriors need allies, if not quite friends.  That the most popular video game in the world (Fortnite) is a battle royale surely says something about early 21st century feelings.  It is not surprising, then, that Fortnite has a John Wick tie-in where small squads attempt to eliminate everyone else in order to be the last ones standing.  The irony lost on the filmmakers is that any peace hinted at by the subheading of “Parabellum” (from a Latin phrase meaning “If you want peace, prepare for war”) is not only negated by the kill-em-all violence exhibited, but the carnage of Wick’s world increases.

When I was a boy, my brothers and I judged how good a movie was by how many fights it had.  Using that literally childish standard alone, John Wick 3 is a resounding success.  Grown-ups content to enjoy that low standard will be thrilled by John Wick 3, but they will also be fed a worldview of hopeless, might-makes-right-ism.  And children themselves should be kept far away from John Wick 3 for its excruciating bloodletting.