A Conflicted But Powerful Movie About the Danger of Empowerment

Film scholars long ago realized that horror movies could be studied to show what was frightening a culture at the time. More recent cinema studies have pointed out that the previous antagonists of horror films are now common in movies not intended to be scary (such as vampires and werewolves being the lead characters of teenage romances). This change strongly suggests that what formerly frightened us has changed. Simultaneously, the American public has erupted in passion for superhero action movies, hinting that our culture is infatuated with the idea of being able to overwhelmingly overpower our enemies.

The movie Brightburn (2019) tries to induce a new horror by coupling our superhero infatuation with the question, “What if Superman had not been nearly ethically perfect?” Veering as close to the Superman story as possible without legal problems, Brightburn narrates the childhood of a boy who possesses superhuman strength but normal moral faculties. The boy is not a “bad kid,” so the movie stays interesting because the audience recognizes the consequences of his growing power as he does.

Gruesome violence and gore are present in several scenes which I found very difficult to watch, and the camera lingers on the physical damage. Child endangerment is present throughout the film, as well as some hard profanity. A clothed, married couple talks in bed about getting pregnant, and they sexually embrace before the film cuts away. In one scene a naked corpse is discovered. While its atmosphere struck me as more tense than scary, the film’s R rating is deserved in part because teenagers and children would likely be frightened by the tension.

Brightburn’s treatment of evil illustrates truths in the Bible. Scripture characterizes sin as trespassing—sin steps into areas it should not be. The very nature of evil then, is to spread. The Bible also teaches that evil only stops spreading when it hits a firm boundary. For a few sins the boundary is simply being caught, so people tend to perform those sins only when they expect not to be caught. Most sins, however, are stopped only by higher levels of force, including fear of punishment, punishment itself, or taking away the ability to perform those sins (such as timeouts or imprisonment). In the most extreme cases, sin will only be stopped by violence or even death. This context—how evil spreads–is the secret to Brightburn’s suspense: an evil person who cannot be injured wracks the nerves!

Brightburn puts the lie to the canard that “power corrupts and absolute power corrupts absolutely.” Having less power, after all, does not make one more innocent. Instead, power lets people act how their hearts already desired. Power, therefore, reveals what an individual would have done all along. Put differently: power and moral corruption are correlated, but correlation is not causation here. Thus, absolute power exfoliates the hide over one’s motivation, revealing one’s actual wishes.

The boy in Brightburn starts off life as innocently as any baby. But he becomes more and more dangerous as he realizes that the people around him are unwilling to stop him, and—crucially—his parents eventually cannot stop him. Christians know that children, while still sinful, are more innocent than adults. However, Christian parents remain as prone as any parent to thinking that their children will stay innocent and sweet without discipline. Brightburn could be a powerful enough movie that it convinces parents to discipline their children sooner rather than later. For the self-discipline learned through parental discipline can tamp down the spread of evil, and if children are not disciplined by their parents then the likelihood of worse behavior increases.

Before I saw it, I was curious if the movie would glorify its title character as an anti-hero or supervillain. After seeing it, I can report that it does neither; instead, it shows that the boy’s giving in to evil turns him into a subject of horror. Nonetheless, Brightburn’s painful gore seems intended to shock more than it does to drive home the consequences of evil actions, and people unable or unwilling to stomach seeing cinematic gore should pass. Yet even like a crusty, combat veteran may have a story worth hearing, Brightburn offers those who can handle it a worthwhile experience. 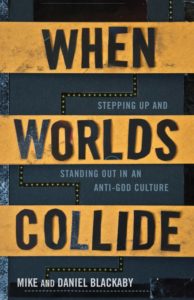