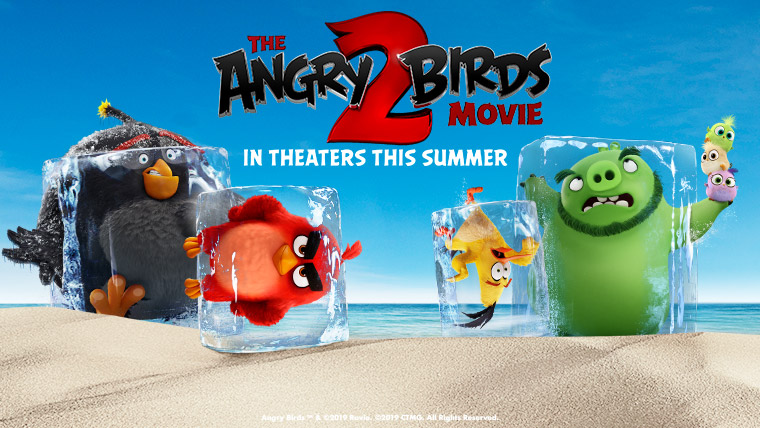 Animated children’s films have come a long way in recent years. Gone are the days when such films existed merely to bombard kids with spastic non-stop visuals and an endless parade of poop and fart jokes. Hollywood now understands that children are, in fact, intelligent beings capable of processing thoughtful themes and understanding clever humor. Well, Angry Birds 2 is a throw-back to former days . . . and not in a good way.

This film operates on the assumption that children are utterly stupid, and then aims low. The “humor” is not just low-hanging fruit; it is fruit that has fallen off the tree and undergone weeks of decay and worm-infestation. University research departments should be given sizable government grants to study and attempt to understand the unimaginable levels of idiocy this film manages to achieve. That this film is so wholly mindless would be more digestible if its makers had not gone a step further by cramming it full of mind-boggling sexual innuendos that have to be seen to be believed. The most scathing review I’ve ever written for this site was for Men in Black: International, but Angry Birds 2 makes that film look like Citizen Kane. I truly cannot recall a film that I have seen in the last few years—perhaps ever—that I detested more than this garbage heap.

Profanity: At least three uses of “Oh my G—!” Also, although not technically classified as ‘profanities,’ parents should also be aware that this film is filled with other words like “crap”, “stupid”, “flipping,” “butt” etc.

Sexuality: Oh boy. Buckle up and see comments below.

Violence: There is no gratuitous violence (ie. No blood and gore), but several birds and pigs straight-up die in horrible ways, such as getting crushed by rocks or consumed by lava. They might not actually be dead (I’m not sure if they appear in the background of later scenes), but in the scenes themselves they are goners.

Beneath the Surface Also on the Surface— (Themes, philosophical messages, worldview, etc.)

Angry Birds 2 is the most sexually charged animated film I have ever been forced to endure. There are not one, but two sexual innuendos that strongly suggest masturbation (!!!). The first is slightly less explicit. When Red (the main protagonist bird) finds out that the pigs have been spying on his house with drones, he sheepishly asks, “Oh, so you’ve seen me…um…”, to which the pig replies, “Yes, and it’s disgusting.” There is the possibly of a less vile interpretation of this moment, but a second scene later in the film removes any doubt that the film would “go there.” In this scene, Bomb—the large black bird—is hiding behind a large lava-lamp trying to hype himself up to attack the villainous eagles, unaware that he is clearly visible. The scene cuts to the eagles’ perspective as they watch Bomb grunt and go through the shocking motions. The raised eyebrows and bewildered expressions on the eagle’s faces reveal what assumptions they are making.

It is difficult to fathom that a bunch of adult perverts were sitting around in a Hollywood studio boardroom and agreeing that what their film really needed more of was cartoon bird masturbation. Are there actually people out there amused by this type of “humor”? These two scenes are the worst offenses, but hardly the only ones. In another scene, the speedster yellow bird pranks the king pig by drawing a mustache on his face. When the pig turns around, we see that the bird has also drawn a “dog’s face” on the pig’s back—with the “eyes” clearly stand-ins for female breasts and the “tongue” for male genitals. There is a peeping-tom gag, multiple “guy wearing a thong” gags, and…well, you probably get the point.

Recommendation: If you’ve been putting off any dental work or root-canals, then this film’s 96 minute runtime would be far better off spent by taking care of that.