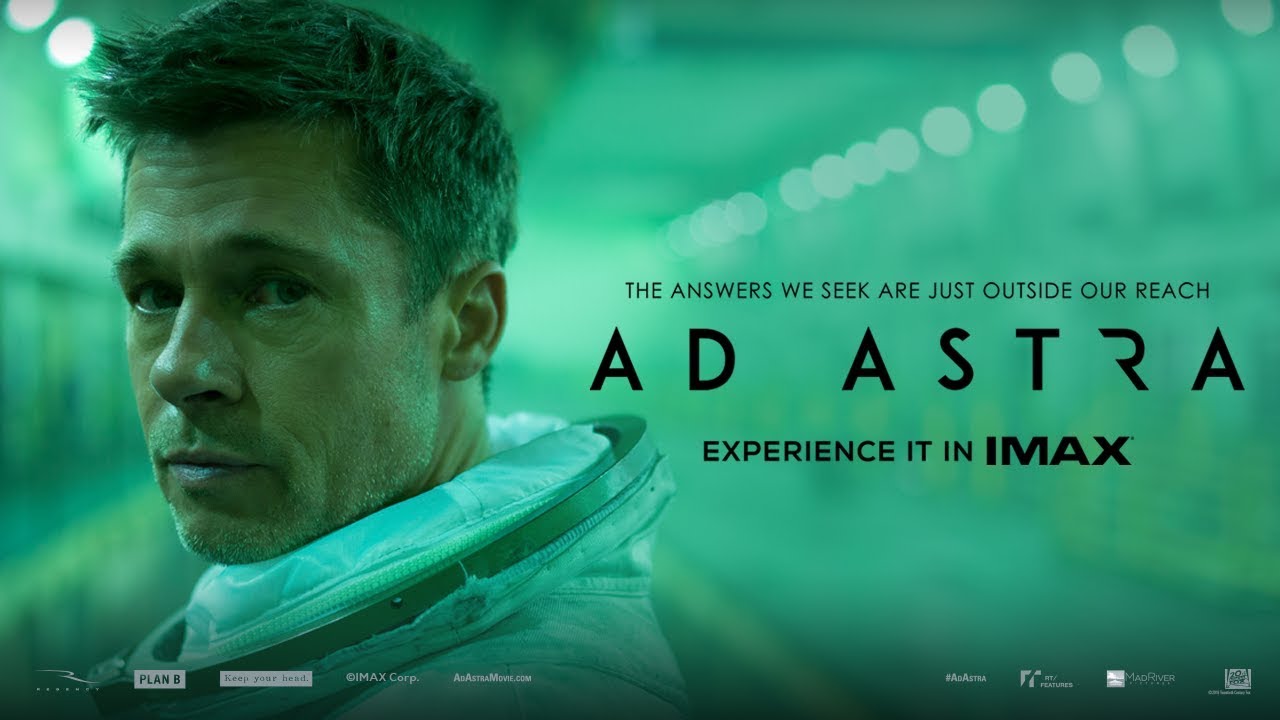 Visual Storytelling That Makes You Think But Not Cheer.

In a time when Hollywood repeatedly churns out popcorn-chomping blockbusters and endless sequels to the big-ticket franchises, the James Gray directed sci-fi film, Ad Astra, is a welcome change of pace. The film—starring Brad Pitt—takes a path seldom traveled; it substitutes escapist entertainment for visual storytelling that makes audiences think, but never cheer. Despite the action scenes and high adrenaline moments hinted at in the movie’s trailer, this is—for better or worse—an incredibly somber and plodding film.

The story follows Roy McBride (Brad Pitt) as he travels across the solar system to find his long-thought-dead father (played by the always excellent Tommy Lee Jones). Despite the threat of catastrophic world-ending stakes looming in the background (this is Hollywood, after all), Ad Astra is a deeply personal story, with Brad Pitt’s inner-turmoil communicated through a frequent Blade Runner-esque voiceover.

There is very little “entertainment value” to be found here. Instead of laser guns and space battles, Ad Astra offers an introspective character study and a visual metaphor for man’s obsessive search for meaning and spiritual satisfaction.I’m not sure that the film is quite as profound as it thinks it is, and any viewers looking for diverting entertainment and escape will find neither here. At the same time, the film is a convincing case that cinema can be more than just entertainment—it can challenge rather than delight; and stimulate the brain rather than offering safe refugee for us to shut it off. I did not love Ad Astra, but I respect the risky direction it takes.

Violence: Several deaths that are brief but somewhat graphic.

1. The Search For Meaning

Although it may not always be easily recognized as such, Ad Astra is a deeply spiritual film. Its central theme is man’s search for meaning. The film’s title is a Latin phrase meaning, “to the stars,” and the movie is largely a parable of modern culture’s faith and optimism in technology and progress to lead us to salvation.

H. Clifford McBride (Tommy Lee Jones) is a decorated astronaut who is driven by the singular ambition of discovering extraterrestrial life among the stars and finally answering the age-old question: are we truly alone in the universe? The film’s worldbuilding is significant, despite being mostly left to the background. When Roy McBride (Brad Pitt) arrives at the human settlement on the moon, he finds that the settlement is already plagued by consumerism and greed (Subway, Applebee’s, and other establishments are visible). The moon is also essentially the wild west, with a constant threat of pirates and violent territorial warfare. The message in this is clear: humans traveled billions of light years from earth, only to find the same selfish and sinful problems that they were trying to escape.

Despite being a movie about space travel, Ad Astra has a clear message that for all the excitement and intrigue promised by space exploration, it is not the source of our salvation or meaning. At one point, the voiceover of Brad Pitt intones that for all the amazing wonders and beautiful sights captured by the space cameras and telescopes, the pictures are ultimately meaningless and empty. This is a film that—intentionally or unintentionally—points toward God by showcasing His absence and silence. Meaning and spiritual satisfaction are not to be found among the stars. For all humankind’s progress and technological advancement, we can never transcend our own human condition. We cannot save ourselves from ourselves, no matter how distant we travel or obsessively we search.

The film opens with a scene that sees Brad Pitt’s character free falling back to Earth from a massive radio tower. This is a fitting opening, as Ad Astra is a story about “letting go.” The movie is as much about journeying inward as it is about an external voyage to the stars. In a poetic sense, the outward visuals of the space exploration can be interpreted as a metaphor for Roy McBride’s internal spiritual journey. He is a seeker; searching for peace and understanding within himself, even as he journeys deeper into the expanse of space. Not much more can be said without spoiling some crucial plot details, but I did feel that the film scrummed to the pressures of Hollywood by ending a little too neat and tidy. For most of its 2-hour runtime the film is a powerful and open-ended visual metaphor for man’s inward struggle, and the director showed uncommon restraint to ask questions without providing answers. Unfortunately, this is somewhat undone by the film’s too neat and tidy ending, which tries to explain its message rather than let audiences draw their own conclusions.

Ad Astra made me think and reflect more than any film in in recent memory. After a summer filled with mindless blockbuster spectacle films like Detective Pikachu and X-Men: Dark Phoenix, it was refreshing to watch a film that strives for more. That said, this film is certainly not for everyone. Ad Astra is like a beautiful and intellectually stimulating painting that you linger in front of at a museum but would never hang up on the walls of your own home. It’s not “fun,” but I do think it is worthwhile. If you want a “thinking” film, check it out. If you want space dogfights and laser guns, there’s a movie about starships and space wizards coming out in December that will scratch that itch.

Recommendation: I think this is a film worth seeing at some point. When and how depends on you. The visuals are made for the big screen, but the story is best suited for the small screen.

What about you? Did you see the movie? Are you planning to? I’d love to hear your thoughts and talk about it in the comments section below!