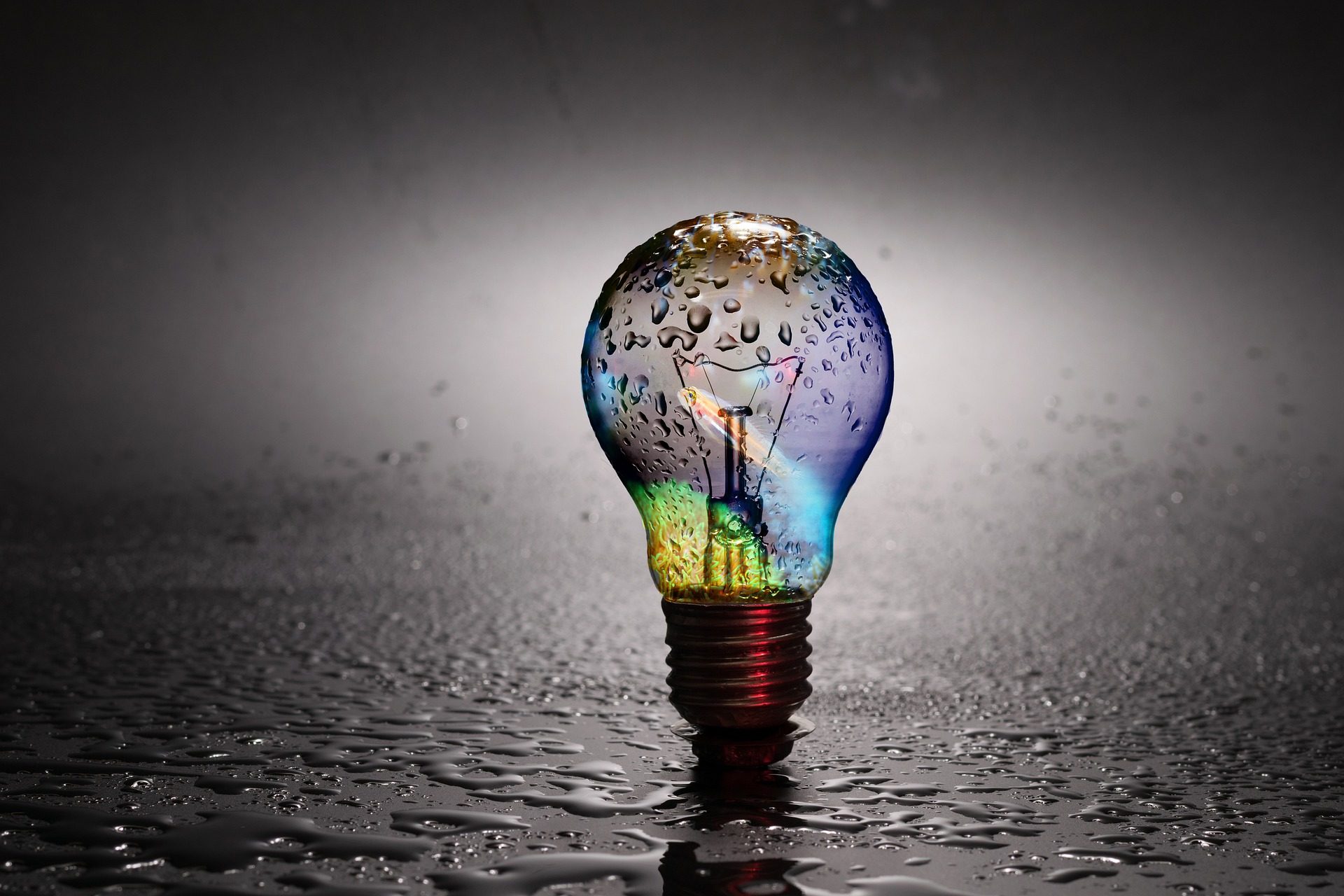 “All Art is quite useless…”

Oscar Wilde’s famous line reflects a common sentiment: Art is a commendable, but impractical pursuit; a mere child’s fancy which must inevitably be outgrown and traded in for more functional toys. Performance artist Laurie Anderson once admitted “I’ve never really had a hobby, unless you count art, which the IRS once told me I had to declare as a hobby since I hadn’t made money with it.”

This idea hits close to home. When I received my BA in English I was promptly issued two career potentials: An English teacher or a homeless man with an impressive vocabulary. As imagination careens the way of the dodo bird, creatives must probe the frightening question: is it true? Well, as Julie Andrews sings in The Sound of Music, the beginning is indeed a “very good place to start.” We can begin to find an answer to this question by starting at the beginning. The very beginning.

The first verb in scripture is “created.” The initial character trait revealed about God is not love, justice, or righteousness—it is creativity. Humans are self-centered by nature. We often claim creation’s magnificence as purposed to massage our own aesthetic longings. Yet, there are endless, intricately designed galaxies which, after millennium of scientific advancement, appear as mere smudge marks on NASA’s finest telescopes. Amazing marvels never beheld by human eye. Invisible to all—except God. No functional purpose evident. Simply a Master Creator who found great pleasure in its splendor. One who rested the seventh day, not from fatigue, but to delight in His masterpiece—and to declare that it was good.

To suffocate our creative nature is to willingly chop off part of our humanity. Imagination is one of our most base attributes. Children are born with illimitable imagination; it is only years later that they are urged to add reason to their intellectual tool belt. Humankind has been exhibiting this instinctive creativity since the dawn of time. Despite vast oceans of separation, there is a legacy of primitive cave art and crudely stringed instruments handed down from every culture’s ancient ancestors. Humanity has always found intrinsic pleasure in crafting stories, creating music, and cultivating art. Life and imagination are, and will always be, inseparable.

Thus, can Art truly be useless when our very existence is itself merely an impeccable piece of fine Art? The creative mind is one of our first and greatest gifts; and it wasn’t given in vain. That a master pianist can eloquently serenade a room with Beethoven’s Für Elise does not extinguish the exuberant joy he receives upon hearing his young student correctly pluck out Old McDonald’s Farm for the first time. The master delights in watching a child fall in love with the piano as he once had. A bond is formed through the piano which crosses all barriers and connects student with master. Likewise, that God can effortlessly craft expansive galaxies doesn’t dull His pleasure from watching us exercise our own imaginations.

So let us acquit imagination of these false charges and ignore the insidious lie that recognition and commercial success define the purpose of creativity. What Oscar Wilde truly intended in the opening quote is that Art necessitates no external, practical function. It is, in and of itself, of the highest, most practical use. We are seldom as intimately in tune with our creator as when we, ourselves, are creating. We do not create because we desire riches and fame; we do so because we have been brought to life by the very breath of a Master Creator. We are creative because we are human. We create because we are created.