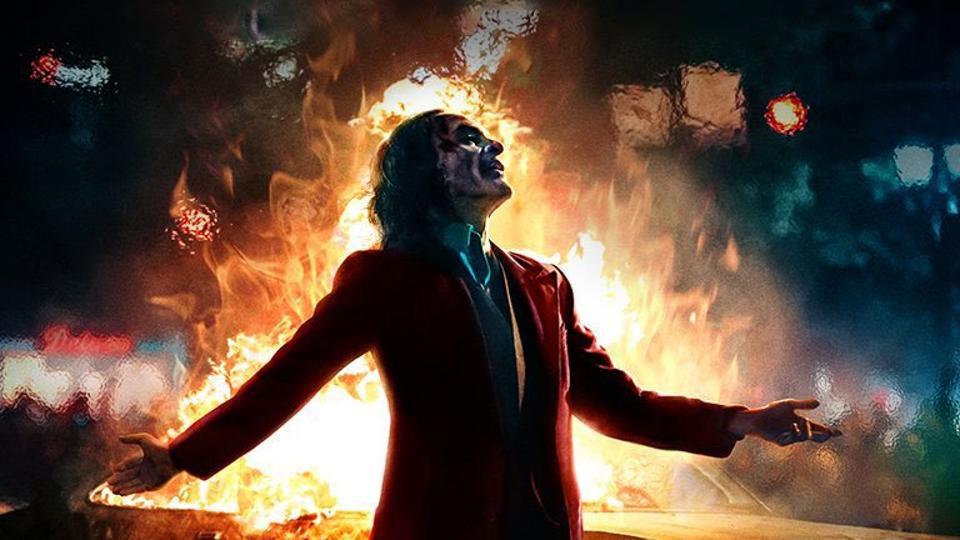 We live in an outrage culture. An ordinary person can hardly keep up with what they should be boycotting or angry about on any given day. Fortunately, there is never a shortage of people on Twitter to keep us informed! Equally true is that the entertainment industry is never far from the center of controversy. This fact was on full display in recent weeks.

The theatrical release of Joker—an origin story of Batman’s famous nemesis—has spawned significant controversy and backlash, reigniting a well-worn cultural conversation about the negative influence movies have on society. This conversation is important, but it is frequently derailed by emotional knee-jerk reactions. Using the hot-button release of Joker as a starting point, let’s explore the important question: “Are movies dangerous?”

Sensational headlines are good for business. These days, a single lit match is all it takes to ignite widespread outrage and passionately voiced opinions. The doomsday-level hysteria surrounding Joker is case and point.

The mania is amplified by touching on the still-raw nerve of the 2012 Aurora Colorado mass shooting during a screening of The Dark Knight Rises, another Batman film. Leading up to Joker’s release, survivors of the tragic event spoke out against it.

Reports of a possible violent threat caused at least one theater in Oklahoma to cancel its Joker screenings, and in California the LAPD committed to deploy extra officers at the theaters. An article in Vanity Fair captures the general sentiment, reporting, “Even at area theaters where Joker did play, there was relief, and business as usual.” Many have concluded, in the absence of any mass acts of violence, that society literally and figuratively dodged a bullet and escaped the release of Joker miraculously unscathed.

As is often the case, fear rather than common sense has fueled the hysteria. The reported threat in Oklahoma was rightly taken seriously. At the same time, to link that threat to the movie itself is illogical. The threat was reported prior to the movie’s release. Therefore, we are forced to assume that either the film’s two-minute trailer or else the mere existence of the film was enough to compel a violent act.

As I discuss HERE, the narrative surrounding the Aurora shooting is similarly defined by emotional knee-jerk reactions. The tragedy happened during a midnight showing of the film, and the eventual shooter left the screening after just 20 minutes. Also, despite exaggerated claims that the shooter was attempting to mimic the Joker, the film during which the shooting took place did not feature that character. The iconic villain’s last on-screen appearance was actually in The Dark Knight, which was released four years prior to the shooting.

We should also keep in mind that more than 50 million people watched The Dark Knight Rises in theaters. If the film was the catalyst for violence, it triggered such behavior in only 0.000002% of the audience. If society wants to find a direct link between culture and acts of violence, there are more profitable and promising places to look than on the silver screen.

When horrible things happen, people understandably want answers. I believe people want to find a direct correlation between violent movies and real-life violence, because that cause-and-effect relationship provides a simple and tangible answer. Yet, there is simply no proven statistical evidence for it. Even as today’s youth immerse themselves in more violent video games, actual youth violence has statistically decreased (a fact the rise in mass shootings has overshadowed).

If we truly fear that a single two-hour film can transform audiences into dangerous monsters, then perhaps it is not the film but ourselves we need to re-evaluate.

The Influence and Legitimate Danger of Movies

The unfortunate byproduct of our culture’s obsession with the sensational is that it obscures and hijacks the more helpful and important conversations about the societal influence of movies. While the media tries to hammer a square peg into a circular hole by insisting on a direct connection between violent movies and mass shootings, it largely ignores the entertainment industry’s more subtle influences.

I had problems with Joker (you can read my review HERE), but not because I feared it would spark a violent rebellion of ostracized, clown-mask-wearing white males. Rather, I thought the portrayal of mental illness furthered harmful stereotypes and provided ammunition for increased hostility and fear rather than inspiring empathy.

A two-hour film is not going to put audiences into a trance and force them to act in harmful ways. Such thinking grossly overstates the power of film. At the same time, film does influence us, not in our actions but in our attitudes.

Film has the power to influence the way we think. It can normalize dangerous worldviews and cultural narratives. Movies and TV have done far more to normalize same-sex marriage and call into question the biblical teaching on marriage than any political law has. Similarly, shows like A Handmaid’s Tale have dealt a weighty blow against the pro-life movement. No one movie or TV show is likely to drastically alter our worldview, but a consistent saturation of like-minded media will slowly chip away at our beliefs.

The problem today is that we are hyper-fearful of having our actions influenced but generally indifferent (or at least unaware) of how our minds are being influenced. Yet, our concern is in inverse relation to the actual power of film, which does little to compel our actions but much to redefine and shape our attitudes, values, and opinions.

As Christians, we are not called to live in a posture of fear. We are, however, told to be “shrewd as snakes” (Matt 10:16). The media thrives on outrage, but we must not be swept up in the frenzy. Rather, we should keep our eyes focused on the legitimate issues and concerns that arise from the entertainment industry’s stranglehold on society. Movies, like all pop-culture and art, are making their mark—for better or worse—on today’s culture. Christians should be ready and engaged in these conversations, lest we focus all our attention on the wrong front and allow the enemy to slip through the backdoor uncontended.

You can check out our video review of Joker here: