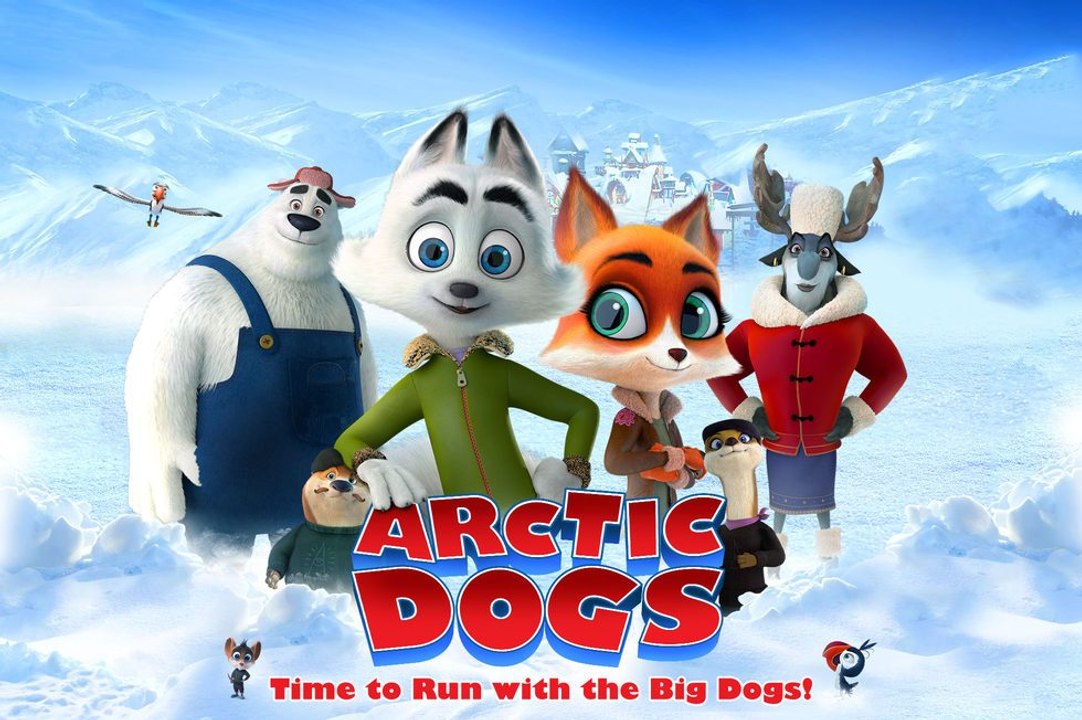 Have you ever wanted to watch an animated fox take on an evil cyborg walrus and his army of puffins to save the polar ice caps and prevent global warming? Well, you’re in luck! Arctic Dogs is here to scratch that itch. The film also features an array of notable voices, including Jeremy Renner, Heidi Klum, James Franco, Alec Baldwin, and John Cleese.

There is a moment in the film when Swifty (Jeremy Renner) has his long-awaited chance to fulfill his dream as a “Top Dog” (dogs that pull sleds and deliver mail). Full of energy and enthusiasm, he attempts to deliver a diminutive package to an equally diminutive mouse, only to stumble and crush the poor rodent’s package. Arctic Dogs is essentially that package. It has its heart is in the right place, and it wants to be a meaningful moralizing story for children, but it is so clumsy and sloppy in its delivery that the end result is a complete mess.

Profanity: None, although John Cleese’s walrus character does say “bloody” on several occasions.

Swifty is an arctic fox. Due to his white fur and snowy habitat, he is often physically invisible to those around him. This is actually an interesting concept. Unfortunately, after the opening scene, this is abandoned, and the film flashes forward in time to show that Swifty is now figuratively invisible as a “nobody” working a lowly job, still chasing dead end dreams. As a result, what could have been an interesting didactic tale about overcoming physical limitations instead becomes about essentially navigating a mid-life crisis, a theme that children are not as likely to latch onto.

If you’ve seen any children’s movie in the last decade, you know exactly how the story will unfold. The hero is unsatisfied with his mundane life and dreams of glamor and popularity, only to finally achieve his goals and realize that it doesn’t bring the happiness he imagined, and that what really mattered are the people who’ve been in front of him the whole time. Arctic Dogs doesn’t reinvent the wheel here, but neither is it a well-crafted telling of this classic story.

This entire “character arc” takes place over roughly two scenes. Having become a “top dog,” Swifty is on top of the world. Then, in literally his next scene, he wakes up weary of the attention, becoming grumping and shoving away fans who ask for his autograph and a selfie. A good children’s film succeeds not just because of the moral or life-lesson, but by showing how the characters learn the lesson. Arctic Dogs skips over the journey and goes straight to the destination; telling young viewers how they should act but never demonstrating why or how.

Arctic Dogs is not an offensive film. One of the few (but immensely welcome) positives about this film is that, while it may be tediously boring, it is not obnoxious. John Cheese’s villainous walrus has a few good moments and demonstrates that it is possible to have an animated villain without having them scream every line or speak in a grating voices (*cough* Addams Family and Angry Birds 2 *Cough*). The film is actually quite subdued. While this does little to add excitement to a dull film, it at least reduces the number of Tylenols that parents will need after taking their kids to see it.

In the end, everything about Arctic Dogs feels second-rate. The animation is subpar, the voice actors are recognizable but hardly draws, and Puffins are less-entertaining Minion-knockoffs, and the story is incorporating the barebones of countless other films without achieving any of the emotional heart of them those superior films. Unfortunately, this film does little more than kill time until the similarity ice-centric Frozen 2 arrives.