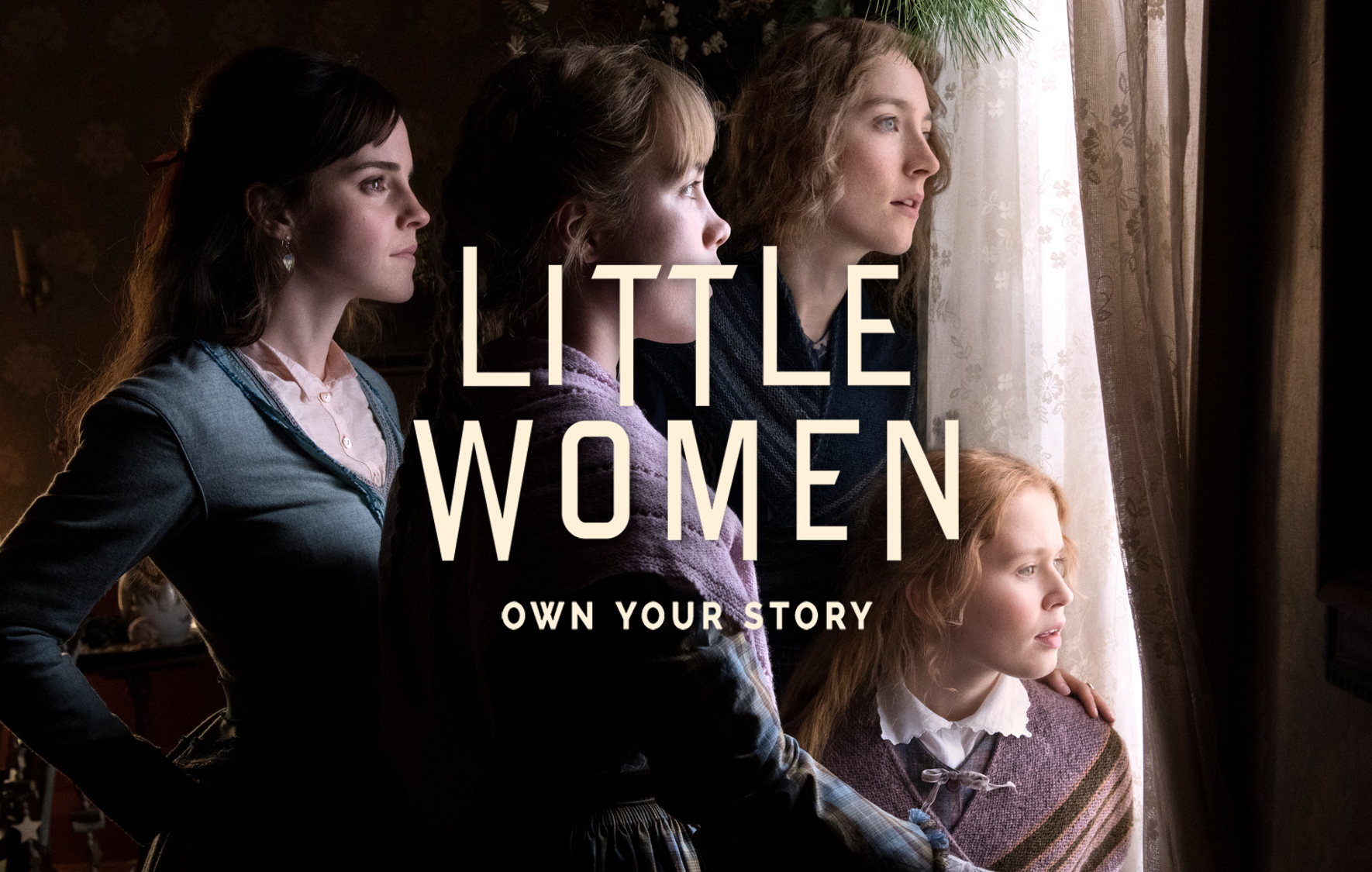 A refreshing adaptation of a timeless story.

A predominantly female cast of strong characters who resist society’s narrow expectations for them and know how to handle themselves in traditionally male arenas.

In case you missed the book and the previous three dozen adaptations, Little Women follows Jo March, an aspiring writer, her three sisters, and her mother as they live in a romantic state of poverty while their father is away serving as a chaplain in the Civil War. (Somehow, despite their constant complaints about being poor, they can still afford a housekeeper, plenty of food, and a tidy little home. Oh, to be so poor!)

As a purist who read the book multiple times during high school and has fond memories of watching earlier film adaptations (usually around Christmas), I was skeptical that this iteration would live up to my high standards. Because, let’s face it, Little Women is not something we want to see tarnished by a shoddy remake.

But I was surprisingly pleased with director Greta Gerwig’s adaptation. Not only does it capture the whimsical charm of the book, but it is also beautifully filmed and tweaked to make the story fresh and relevant for a new generation. If anything, the changes Gerwig made to the original, predominantly relating to chronology, actually strengthened the story.

I can imagine this film becoming a staple for the next generation of Little Women fans.

Sexuality: There are some brief kisses.

Violence: None, though a few accidents and serious illnesses are depicted (but in a tame, non-gory way).

1.Feminism, feminism, and more feminism. Little Women was a feminist story long before the advent of all-female remakes, social justice warriors, and “girl power” twitter hashtags. Louisa May Alcott (author of Little Women) was a woman ahead of her times. So, it’s not shocking that feminist themes are central to the film and often peppered generously into the dialogue. Set during and shortly after the Civil War, Jo March defies the strict gender stereotypes of her day, most notably by pursuing a career as a writer (a field that was largely closed to women at the time) and by frequently voicing her opinion of marriage as something that boxes women in and takes away their freedom. Amy, the youngest March sister, also gives a passionate speech about marriage being a decision driven by economy rather than feeling. And even the dour Aunt March talks plainly about the daughter’s marrying well (aka, rich) being the family’s only hope. All of that was to be expected.

What did surprise me was the film’s refreshingly balanced take on feminism. Rather than the brash, man-hating, #SmashThePatriarchy fourth-wave feminism that has recently dominated the media, Little Women took a much more tempered approach. It managed to tackle gender injustices—such as the few career paths open to women at the time—without denigrating the value of marriage and family. In one of the most moving and honest scenes, Jo, an unabashed feminist, admits that while she abhors the idea of being trapped in a loveless marriage, she is actually really lonely. By admitting that she may not feel entirely fulfilled as an independent career woman, Jo questions some of the tenets of today’s feminist ideology.

Another memorable line comes from Meg, who gently admonishes Jo for criticizing her decision to marry, saying, “Just because my dreams are different than yours doesn’t make them less important.” Her words give a much-needed voice to women in today’s “woke” culture who find fulfilment in more traditional gender roles, a demographic that is often marginalized by more militant feminists.

2. The nobility of sacrifice and a struggle for personal virtue. Another theme in the movie was about the importance of self-sacrifice and living a virtuous life, even when doing so is uncomfortable. The March family’s sacrifices range from enormous (living without their husband/father while he serves their country) to small (giving their own Christmas breakfast to a family in need). The characters also talk a lot about being “good” and their desire to become more virtuous, something Marmee—the saint-like mother—instills in her daughters. Though, with the exception of Beth, they never achieve that perfect standard, their desire for personal betterment is a worthy goal they constantly strive for.

Gerwig’s adaptation of Little Women is heartwarming, funny, and enjoyable for long-time fans and newbies alike with strong performances from the core cast. Though the use of flashbacks is somewhat confusing at times, they largely strengthen the story and add some interesting parallelism that is missing in the original version. Overall, it is one of the better remakes of recent years.

Recommendation: See it in theaters.With a box of Kleenex (if you’re a fan, you’ll know what I mean).