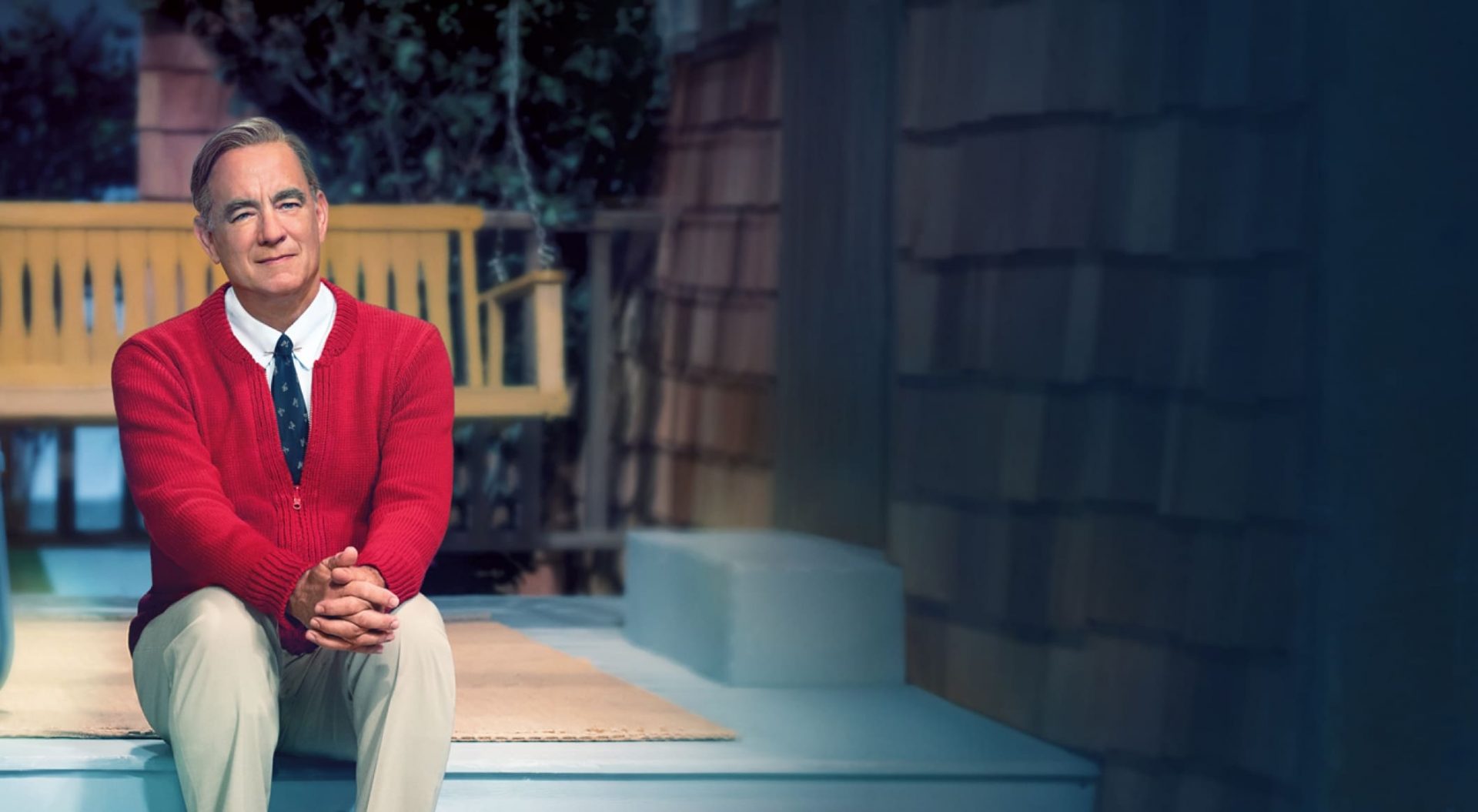 An introspective look at how we interact with people in our lives.

This movie caught me off guard. I knew that it had been nominated for several awards and had received good word-of-mouth, but I did not expect it to move me as much as it did. The movie is about a character named Lloyd who has been struggling in his relationship with his father. He is a magazine writer and is assigned to write a piece on Mr. Rogers. Lloyd has a bad reputation for how he portrays people in his pieces. He goes into the interview with Mr. Rogers with a certain preconceived idea, but ultimately leaves with an impression he can’t shake. The movie shows the beautiful compassion that Fred Rogers had for life and humankind. The two main characters build an unlikely friendship as Mr. Rogers helps Lloyd to face the anger that he’s been holding onto, confront the broken relationship with his father, and finally move forward in his life.

Sexuality: Marital kissing and cuddling and mild discussions of a man “sleeping around.”

Violence: Lloyd and his father get in a fight early on and Lloyd breaks his nose.

There is also some alcohol and substance abuse.

Lloyd’s mother is diagnosed with cancer when he is young. When his father leaves them, Lloyd and his sister are left to deal with their ailing mother as she loses her battle with cancer. The movie doesn’t show the family going through this on-screen, but you can piece it together as the movie progresses. This tragedy is the root of the relational issues between Lloyd and his father. There is a dream scene between Lloyd and his mother in the hospital that, although I found it a little strange, is a pivotal moment that really showcases the pain that Lloyd has been feeling. Death is a reality of life. The movie demonstrates that it is okay and healthy to grieve the loss of a loved one, but that if we get stuck in our grief, it will hinder every part of our lives.

Mr. Rogers teaches Lloyd how to deal with his anger towards his father in a healthy way. Anger is a real and justified emotion, but how we deal with that anger is important. Mr. Rogers teaches alternative methods of releasing anger instead of harming ourselves or others. Lloyd struggles to deal with his anger towards his father and has become a bitter and angry man. He is encouraged to finally forgive his father, and, by doing so, is able to heal and move past all the anger.

Mr. Rogers is known for is amazing kindness and love for people. At first this portrayal came across somewhat awkward to me, but then I realized that it’s simply because most people aren’t that genuinely nice! Tom Hanks does an amazing job in portraying Fred Rogers. Rogers truly was a beautiful person who took the time to invest in everyone he came across. My favorite moment in the movie is a scene with Lloyd and Mr. Rogers sitting in a Chinese restaurant. Rogers has Lloyd reflect on all the people who have ever loved him. This is followed by a long moment of silence and Tom Hanks even looks at the camera in the scene. I found myself reflecting on my own life and it was a wonderful shift in perspective. We can find ourselves dwelling so much on the negative in life. Life isn’t always perfect, and our circumstances aren’t always great, but when we shift our perspective as Mr. Rogers teaches, we can find joy and positivity in the middle of even the most difficult times.

I enjoyed how much this movie made me think about my own life. I thought I was sitting down to watch a movie about Mr. Rogers, but it ended up being more about a man named Lloyd Vogel. It was a beautiful story about how true friendship can help someone change their lives. I was reminded about the importance of truly listening to people. The movie convicted me about what it means to forgive someone and let go of anger. We don’t always realize the anger we are holding onto and the power it can have on our lives. This movie was very introspective, and I am glad I watched it.

Recommendation: Definitely watch this movie. I think it would be okay for children 10+ to watch it with a parent, but it definitely deals with some mature subject matter.

Sarah is an accomplished artist, a TV junkie, and the mother of two wonderful twin boys. She attended the Alberta College of Art & Design and the Art Institute of Vancouver, with a focus on "Fashion Marketing and Management." Check out her artistic work at sarahblackaby.com.