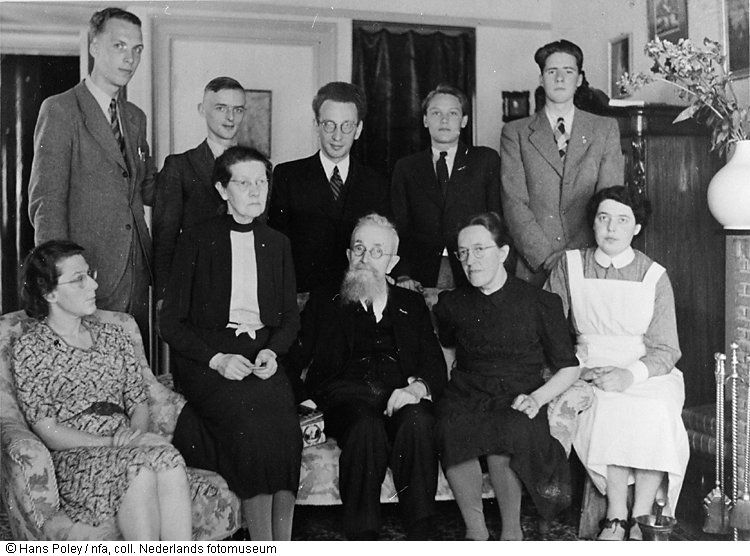 Church by Montgomery Loehlein May 24, 2021
ShareTwitterFacebookPinterest

“You are a hiding place for me; you preserve me from trouble; you surround me with shouts of deliverance. Selah” — Psalm 32:7

The Hiding Place was published in 1971. It tells the true story of Corrie ten Boom’s childhood in Haarlem, Netherlands, during the early 20th century and her family’s work hiding Jews during World War II. Four years after it was published, the book had sold 3 million copies. Today, it remains one of the most iconic stories of Christian love and obedience in the face of danger.

I recently read The Hiding Place for the first time. Some people from my church were discussing it in a book club, so I decided to participate. The book blew me away. Few books have impacted me as emotionally as The Hiding Place has. I can’t recommend it highly enough. Present day Christians can learn so much from the ten Boom family’s story. Let me share a few of the wonderful examples of Christian virtue found in The Hiding Place.

“O LORD, you hear the desire of the afflicted; you will strengthen their heart; you will incline your ear to do justice to the fatherless and the oppressed, so that man who is of the earth may strike terror no more.” Psalm 10:17-18

Casper, Corrie’s father, sold and fixed watches in his Haarlem shop. The ten Boom family house was upstairs. Corrie, her three older siblings, and three aunts all lived in the house at different points. Corrie and her sister Betsie never married. After their mother died, Betsie began to take on more responsibilities in the house, while Corrie followed in her father’s footsteps as a watchmaker.

The ten Booms were a good Christian family before World War II. But their faithfulness was tested on an evening in 1942 when a Jewish woman named Mrs. Kleermaker knocked on their door. Casper responded to the test:

“In this household,” Father said, “God’s people are always welcome.”

That incident was the start of a tremendous ministry that will never be forgotten. It is estimated that the family’s efforts saved 800 Jews.

Before the first Jewish house guest arrived, a lot of godly groundwork was laid. Many of us believe we have what it takes to stand up to evil. We like to think we could be as selfless as Corrie ten Boom or as brave as Dietrich Bonhoeffer. But here are a few questions: How are you being obedient right now? How are you striving for justice right now?  How are you loving your neighbor right now?

Corrie didn’t live a normal life and then randomly start hiding Jews from the Nazis at age 50. She was proficient in hospitality. Corrie and Betsie spent a lot of time caring for their aging aunts. After Corrie was an adult, the family began taking in foster children. Corrie started a club for girls and ran church services for disabled children. The ten Booms’ faithfulness was known long before Germans marched on the Dutch streets. They were spiritually equipped for the work and sufferings to come. We shouldn’t wait for a world war to do great things for God’s kingdom.

Sustained by the Word

“How sweet are your words to my taste, sweeter than honey to my mouth! Through your precepts I get understanding; therefore I hate every false way. Your word is a lamp to my feet and a light to my path.” Psalm 119:103-105

The ten Boom family was steeped in scripture. Every evening Corrie’s father, Casper, read a chapter of the Bible to the family and anyone else staying in the house. In the morning he did the same thing for his household and shop employees. They clearly loved the Word and were formed by it.

Before the war, Casper had a young German apprentice who was a proud member of the Hitler Youth. After hearing a reading from the Old Testament on his first morning of work, he told Casper that he thought it was the Jew’s “book of lies.” Casper later remarked to Corrie, “By watching us, seeing that we love this Book and are truthful people, he will realize his error.”

In February 1944 Corrie, Betsie, Casper, and others were arrested in a raid on their house. Word got out that they were housing Jews. Casper passed away in prison. After a few months, Corrie and Betsie were visited by their sister Nollie. They were allowed to hug and talk for a few minutes. While embracing, Nollie snuck a small Bible into Corrie’s hand.

The two sisters were moved to a work camp and later to the Ravensbruck concentration camp in Germany.  They cherished that little book and used it well. Corrie had to hide it, so she often wore it on her back underneath her clothes. While in the concentration camp, the sisters would read aloud at night to other prisoners. During that time Corrie had this realization:

“Sometimes I would slip the Bible from its little sack with hands that shook, so mysterious had it become to me. It was new; it had just been written. I marveled sometimes that the ink was dry. I had believed the Bible always, but reading it now had nothing to do with belief. It was simply a description of the way things were—of hell and heaven, of how men act and how God acts. I had read a thousand times the story of Jesus’ arrest—how soldiers had slapped Him, laughed at Him, flogged Him. Now such happenings had faces and voices.”

The ten Booms persevered in a time of evil because they had spent their life relying on scripture. We can’t conform to God’s will if we don’t know what God has said. If we want to do good as they did, we must let His word light our way. We must find a hiding place in Him. 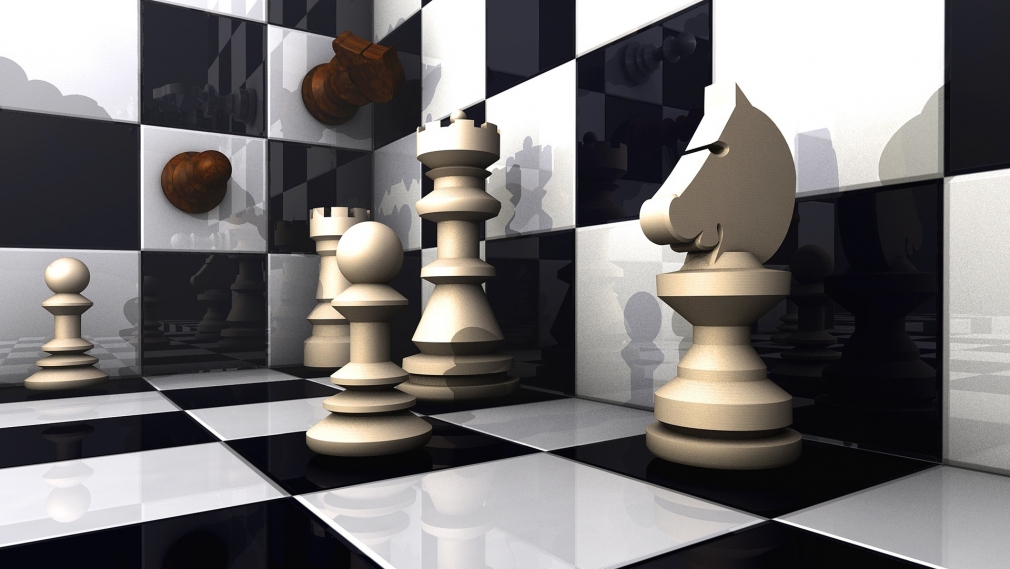 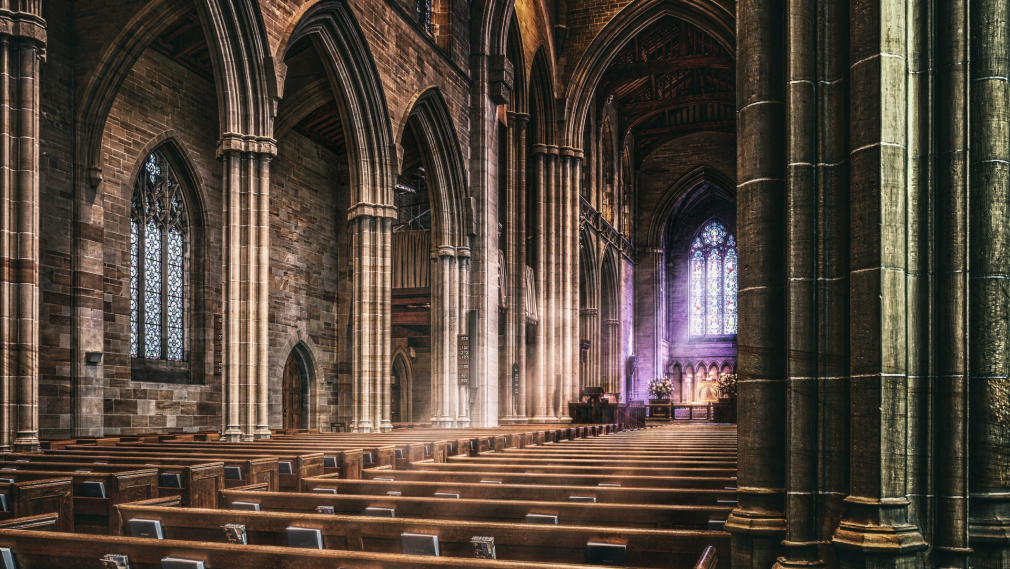 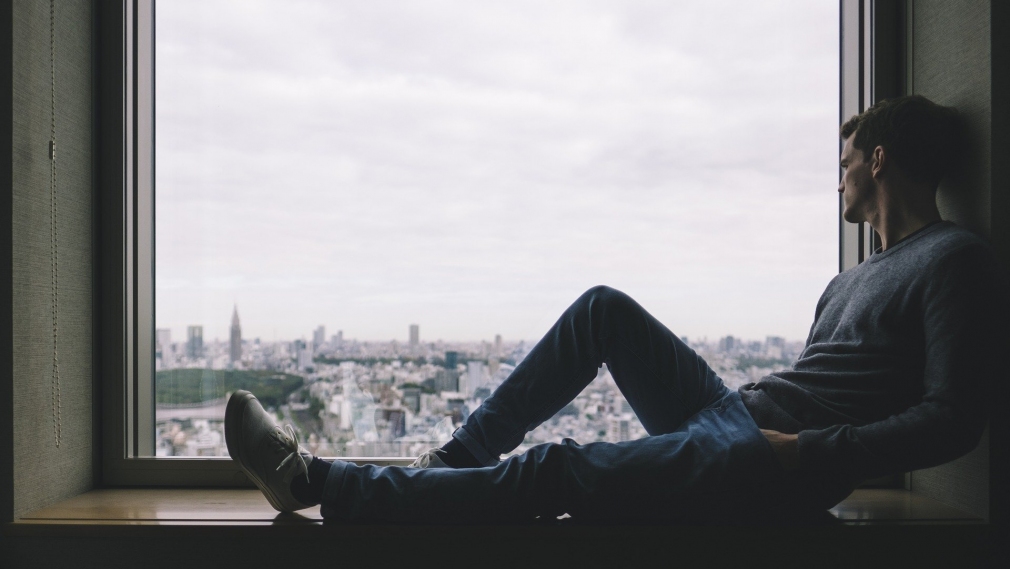