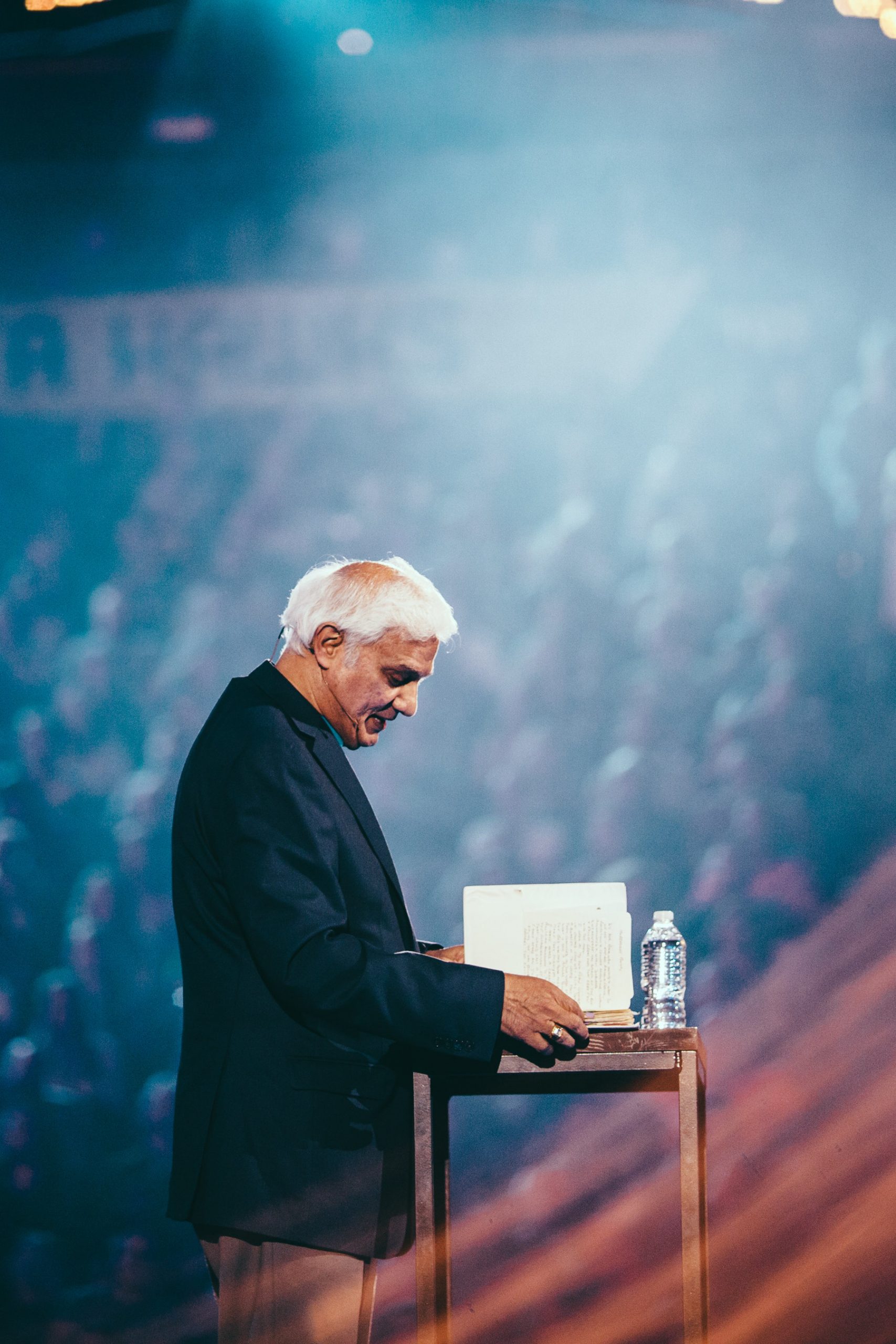 Answers to Five Important Questions About the Ravi Zacharias Allegations

Editor’s Update (February 18, 2021): RZIM has now released the full report of the investigation (read the open letter from RZIM and the complete report here). The findings are nothing short of horrific and heartbreaking. We pray for the victims of Zacharias’ decades of abuse and manipulation.

Editor’s Update (December 29, 2020): On Dec 23, 2020, Ravi Zacharias International Ministries provided an update on the investigation. You can read the update (and the preliminary report) here.

When Ravi Zacharias passed away from cancer earlier this year, Christians around the world paid tribute to him. I was one of them. I’ve always had the highest respect not just for his intellect but also for his character. As I tweeted following his tragic passing, he embodied what I perceived to be the ideal spirit of an apologist—a high intelligence that never eclipsed his love and grace.

Thus, I was shocked when Christianity Today published a recent article detailing the horrifying allegations several women have made against him regarding sexual immorality/abuse. A flood of emotions came over me: disbelief, skepticism, sorrow.

I do not profess to know the truth of the situation. The alarming allegations remain, at the moment, allegations. Everyone involved deserves to be heard and properly investigated. Therefore, I initially decided to refrain from comment. But whether the allegations prove to be true or false, they have sparked an important cultural conversation, and the issues and questions they have raised should be addressed.

1. How Should Christians Respond?

With prayer, wisdom, and discernment (Proverbs 8:12). We need honest conversations, not impulsive “hot takes.” Final judgement should be reserved until the allegations have been sufficiently investigated. The #MeToo movement has shown Christians that sexual sin and the abuse of power are not reserved only for likely candidates. To respond immediately, “The women are obviously lying, because he would never do something like that,” has repeatedly proven to be irresponsible. Not even the greatest saints can transcend their fallen, sinful human nature.

At the same time, the #BelieveAllWomen movement has also demonstrated that sin affects all people, and not all allegations are true or well-intentioned. More than anyone else, Christians should be committed to truth and justice, regardless of what we desperately want to be true.

This response has come up a lot. After all, why dig up the skeletons of a man who is so beloved and admired? Why highlight the bad side of a man who did so much good? While Christians should avoid the Postmodernist/deconstructionist mindset that seeks to tear men and women down with sinful gluttony, there are at least two reasons why it’s appropriate (necessary, even) to have these conversations.

First, the consequences of sinful behavior do not follow us to the grave. The women this alleged sexual sin has impacted should not be ignored simply because the person who wronged them is gone.

Second, Christians should be more concerned about protecting God’s reputation than man’s. That’s not to imply God needs “protecting,” only that by ignoring, dismissing, or accepting sin in order to guard the cultural reputation of a Christian leader is to make a mockery of God’s holiness and to tarnish our witness of Him in the eyes of the world (Proverbs 17:15, Isaiah 1:17).

3. But Isn’t Everyone a Sinner?

“For all have sinned and fallen short of the glory of God” (Romans 3:23) is often cited in the aftermath of a public moral failure. The quote is essentially Christian-speak for, “Hey man, nobody’s perfect.” Indeed, nobody is perfect, but that verse isn’t our “get out of jail free” card. When Jesus encountered a woman living a sinful lifestyle, He didn’t say, “Everyone has shortcomings. Just make sure you do well in the other areas of your life.” Instead, he said, “Go and sin no more” (John 8:11). Romans 3:23 cautions us to be more serious and alert about sin, not less.

Dismissing sin on grounds of “everyone sins” is to rationalize it. When the Church lavishly praises a Christian leader’s ministry while turning a blind eye to the person’s sin, they set a destructive (not to mention unbiblical) precedent. Our sinful nature is not an excuse to harbor a pet sin. Rather, acknowledging our fallen nature is a serious reminder to be intentional about guarding our hearts and minds and to be diligent in holding the faith community accountable.

4. If True, Does It Diminish His Apologetic Teachings?

Yes and no. Does his behavior impact the veracity of his arguments? No. Arguments are measured against God’s objective truth, not man’s character. A truth does not become false due to an exposed sin. Zacharias’ teaching has edified and strengthen countless Christians through the years, and that impact isn’t undone.

On the other hand, if the allegations are true, the credibility and “currency” of his teachings are diminished. Some of Jesus’ harshest statements were reserved for hypocritical religious teachers (Matthew 23:27-28). Teachers who do not practice (or act in direct opposition to) their own teachings give students no reason to believe or accept such teachings. Their moral teachings will be understandably overshadowed by hypocrisy.

5. What Lesson Should the Church Take from This?

First, Christians must be diligent to be above reproach (1 Timothy 3:2). Even if these allegations prove groundless, it is almost inevitable that an unbelieving world will awaken to this formidable weapon against the Church. Unfortunately, for many people, the mere allegation (even if later debunked) will be enough to affirm and increase their hostility toward the Church and Christian hypocrisy.

Second, nobody is invincible to temptation and sin. Christians cannot allow admiration and good works to blind them to injustice or sin. Sin has a way of exposing itself eventually (Luke 12:2-4). Ignoring sin by looking the other direction or sweeping it under a rug only amplifies that sin’s devastation.

What systems are we putting in place to hold Christians accountable? To be clear, biblical accountability does more than wait in the weeds with a cocked-and-ready finger of accusation. Accountability calls out sin, but it also helps people overcome temptation and pulls them back to safety before they tumble into the destructive pits of sin. In many of these public downfalls, the moral failing is explained as a “release” from the pressures of Christian ministry or the paradoxical isolation that results from being elevated to a public spokesperson and champion of the faith. These circumstances do not excuse the sin, but they remind us that Christian shepherds need support, guidance, and accountability like everyone else. 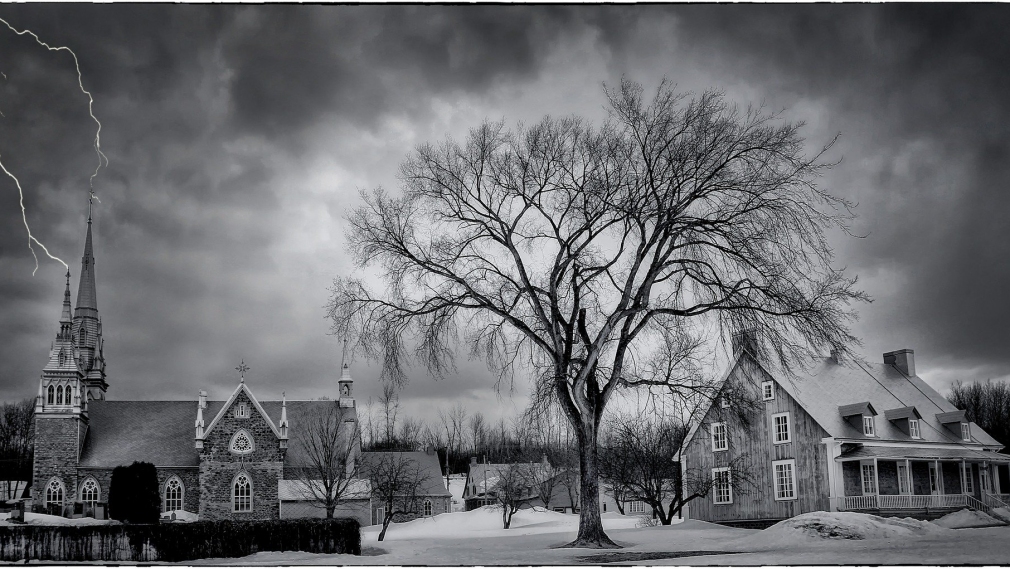