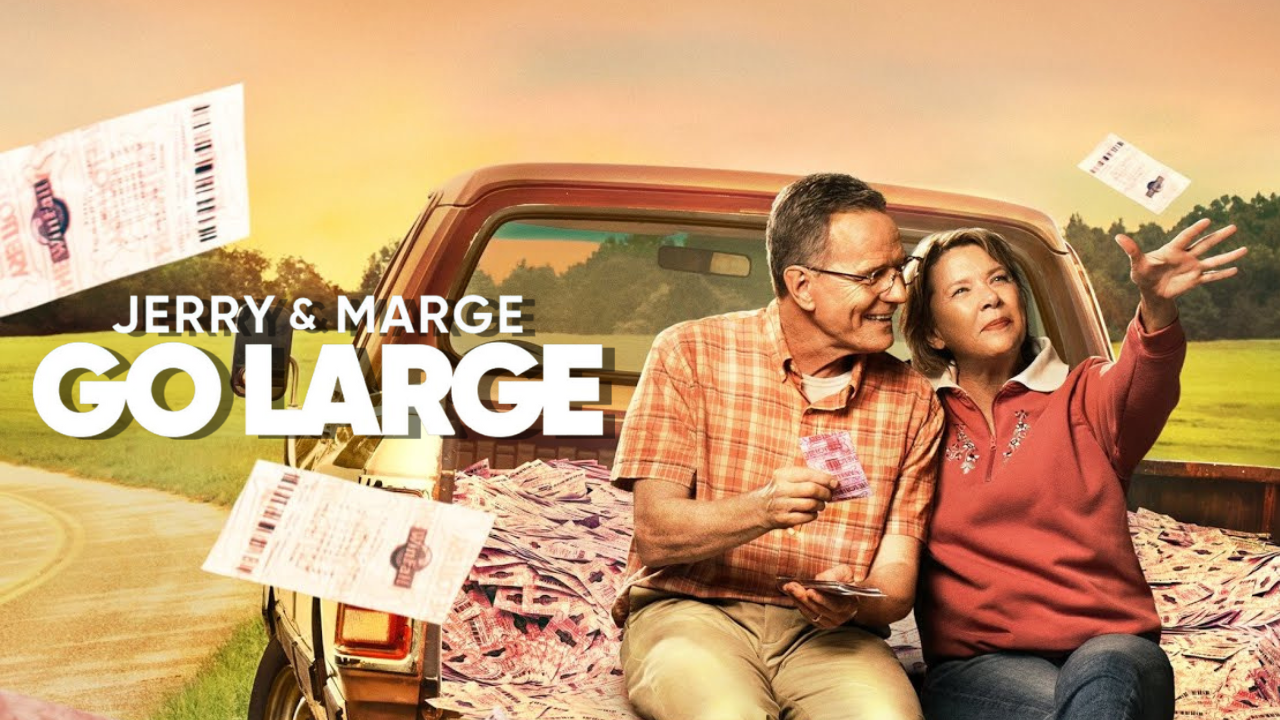 Verdict: An inspirational, feel-good story about finding purpose in life by blessing the people around you.

If you won the lottery, what would you do with your wealth? Everyone has likely entertained this hypothetical thought experiment at some point (The correct answer is “Buy more books. Lots and lots of books.”). Jerry & Marge Go Large, streaming on Paramount+, tells the story of a married couple who find themselves in that precise scenario. Based on a remarkable true story (you can read it here), Jerry, a recent retiree, discovers a mathematical loophole in the “WinFall” lottery that allows him to win big every month (I knew I should have paid more attention in math class!). Rather than hoard the winnings, however, Jerry and his wife, Marge, use their prize money to revive their small Michigan town and bless their community. 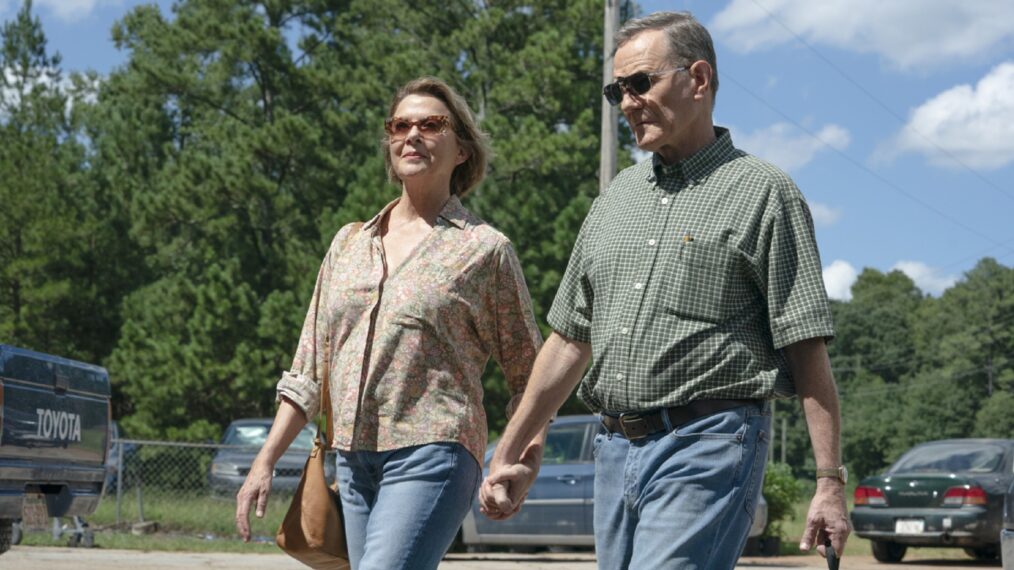 Jerry & Marge Go Large is a simple, feel-good story. Perhaps the best way to describe it is as a non-religious version of a typical “faith-based” film. Like many faith-based films, at times it can feel a bit too “scripty,” painting with bold brushstrokes that don’t always leave much room for subtlety. That said, the story is wholesome and uplifting. Filmed during the onset of the Covid pandemic, actor Bryan Cranston (Jerry) has expressed in interviews that the project was intended to provide comfort to people during difficult times, and it certainly succeeds in that aim.

Speaking of Cranston, both he and Annette Bening (Marge) are endearing in their roles as an unassuming, longtime married couple. A story featuring older characters, rather than Hollywood’s usual idolization of perpetual youth, is an appreciated change of pace. They play the relationship with believable quirks and imperfections but also a deep foundation of trust and respect. It’s rare to see successful marriages portrayed in Hollywood movies. There is a refreshing lack of angst. Characters are quick to trust each other and forgive. This is a story about good people doing good things and a family working through relational issues in a healthy manner. 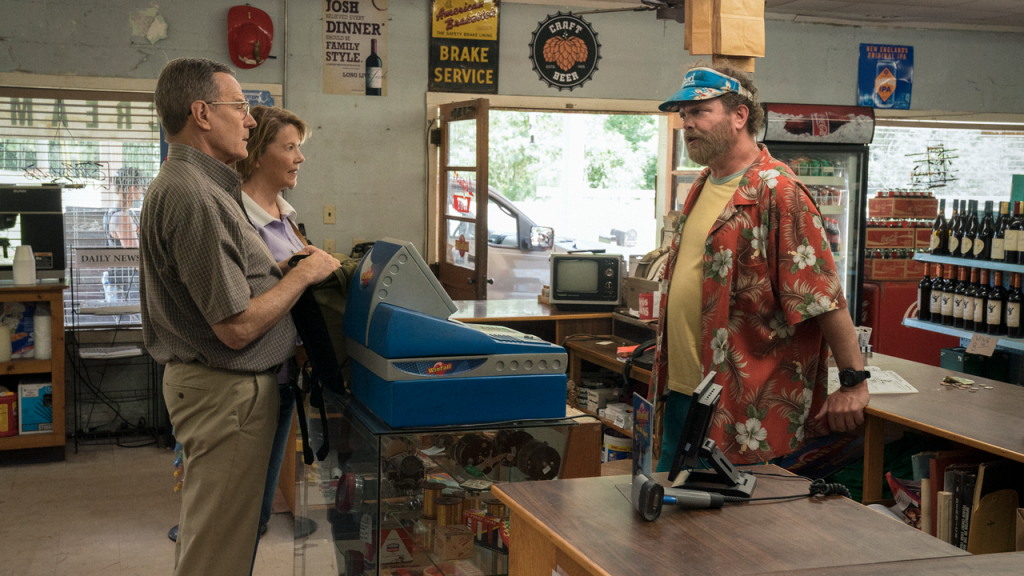 Some viewers may find the movie slow, but I appreciated the relaxed pace and the filmmaker’s choice not to force needless drama. The one exception is a subplot of several Harvard students as “the other group” who also discover the loophole to game the lottery. They represent the “villain” but come across a bit cartoonish compared to the more grounded portrayal of Jerry and Marge.

In the end, Jerry & Marge Go Large is the equivalent of cinematic comfort food. It’s not especially deep or weighty, but it will leave audiences feeling good and hopefully inspire them to be a blessing in their own communities.

Profanity: While not over-the-top, there is an unfortunate amount of profanity for a movie of this type, which seems at odds with the otherwise family-friendly tone. By my count, there were 7 uses of sh—, 2 a—, 1 bit—, and 1 H—.

Sexuality: Several veiled allusions to sex (in relation to a married couple). It is implied that the couple has sex in a hotel (they kiss, fall into bed, and the scene cuts).

Early in the film, Jerry is adrift and struggling to adapt after a forced retirement: “I missed my chance. I did everything I was supposed to do, everything I had to do. Now it’s too late to do anything else.” Later, as he and his wife begin to recognize the immense possibilities to impact their community through their lottery winnings, Marge asks, “Did you ever think maybe the world wasn’t passing you by? Maybe you were meant to be here.” The movie is not told from a religious perspective, but there is ample space for Christians to fill in the gaps here. There is a sense of divine purpose and preparation that even the seemingly insignificant and mundane experience of life can be used for a greater purpose. Individual Greed vs. The Common Good

A movie about gambling is likely to make some Christians squeamish. But Jerry and Marge Go Large is not a story about the glamorized thrills of gambling or money. In fact, the opposite is true. The joy is not in the lottery game but in how it brings people together. The game is merely a means for Jerry and Marge to spend time together, reconnect, and ultimately bless their neighbors. Speaking of her husband, Marge explains, “It’s more than a game to him. He finally got to use his gift to connect with people.”

While I wasn’t crazy about the Harvard storyline, the opposing group is used as an effective contrast. Whereas Jerry and Marge play the game for the common good, the Harvard students play for individual gain. The film demonstrates how the self-centered approach leads to isolation and emptiness. In this sense, it calls to mind the words of Jesus to the Rich Young Ruler: ‘If you want to be perfect, go, sell your possessions and give to the poor, and you will have treasure in heaven. Then come, follow me.’” (Matthew 19:21). 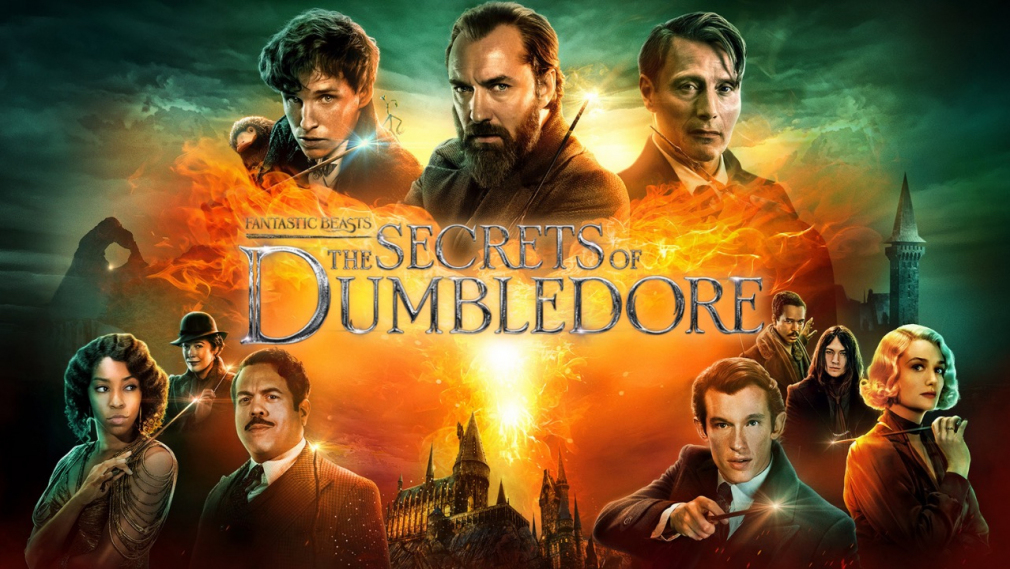 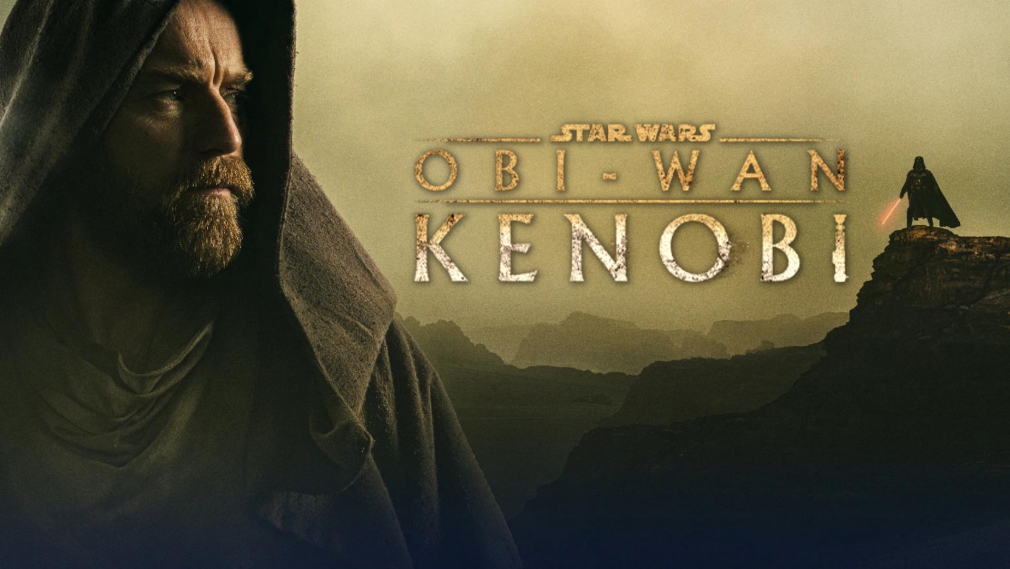 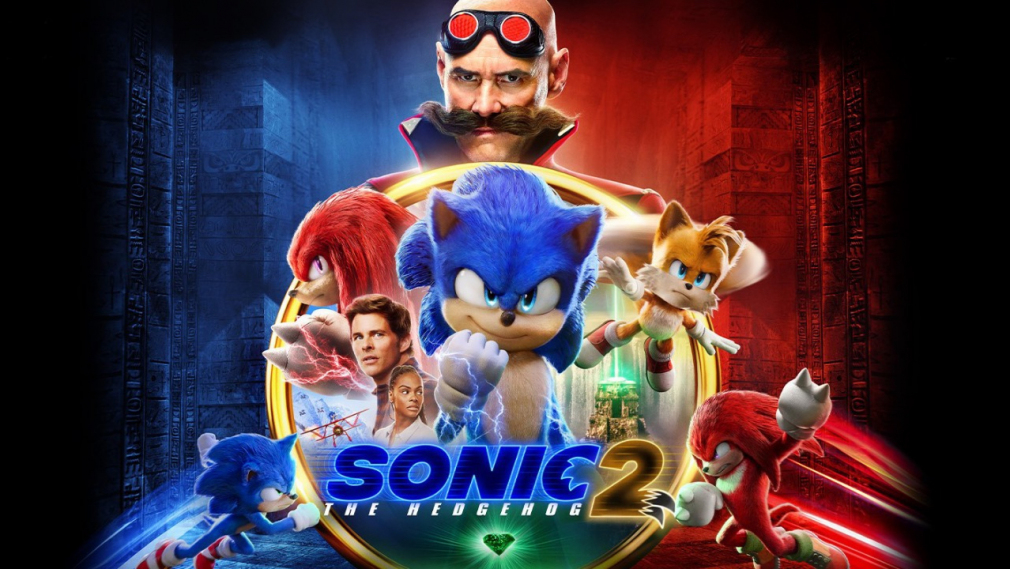