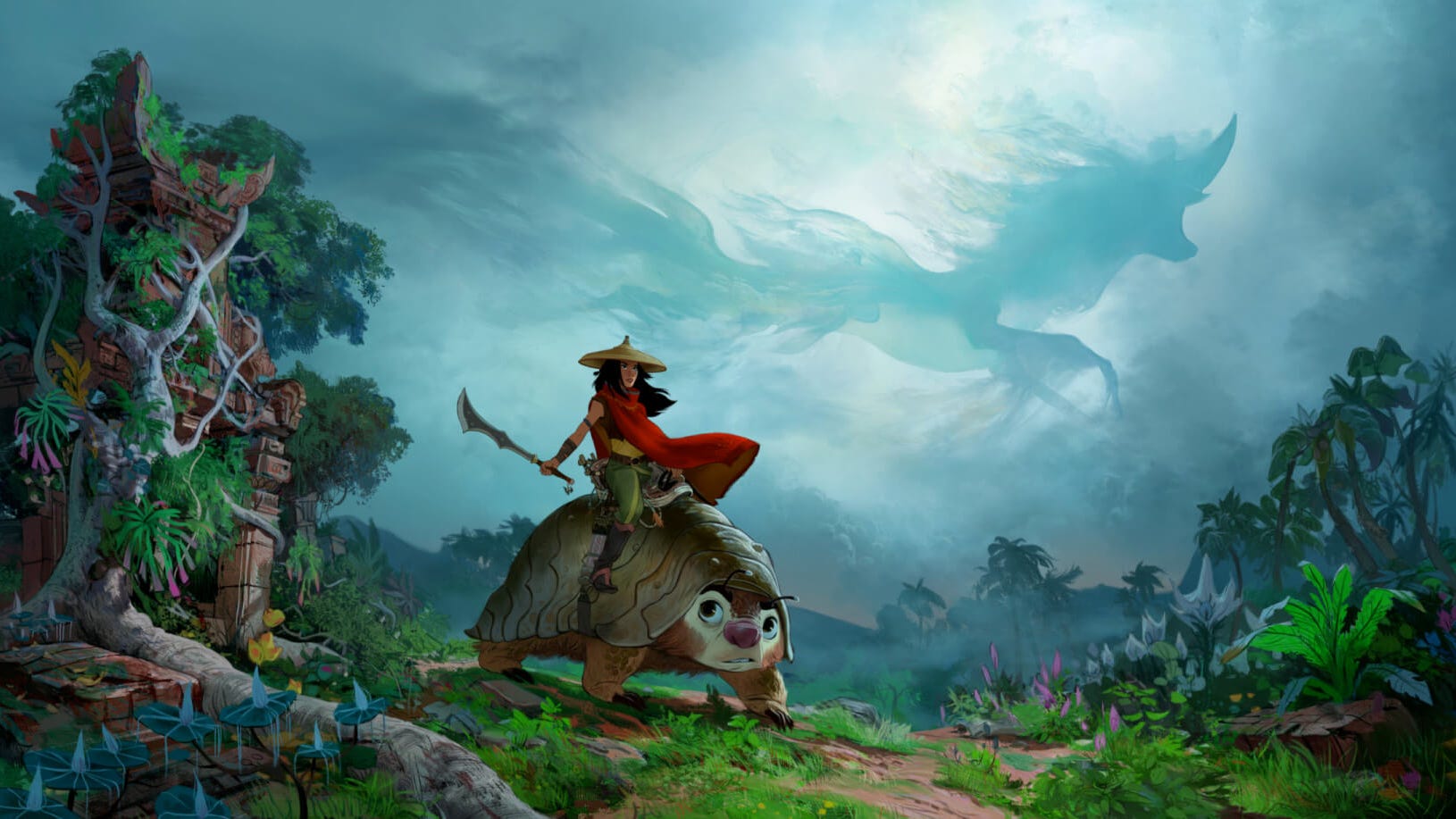 Review by Daniel Blackaby May 24, 2021
ShareTwitterFacebookPinterest Final Verdict: Beautiful animation and a mature, meaningful story weave together in this excellent film for all ages.

This film had me at the word “dragon.” With a love of dragons that runs deeper than a man of my age should probably admit publicly, I’ve been looking forward to Raya and the Last Dragon since the release of the first teaser trailer. And unlike many recent films, it did not disappoint. This is an excellent film that can be enjoyed by all ages.

The story takes place in a land called Kumandra where humans and dragons live in prosperous harmony. When a plague of evil spirits called the Drunn attack (stealing souls and turning everyone into stone), the dragons must sacrifice themselves by concentrating all their magic into a gem. Despite the defeat of the Drunn, the people soon fight over possession of the magic gem. When tensions escalate, the gem is shattered, the Drunn return, and it is up to princess Raya to locate the mythical last dragon and restore peace to the land. 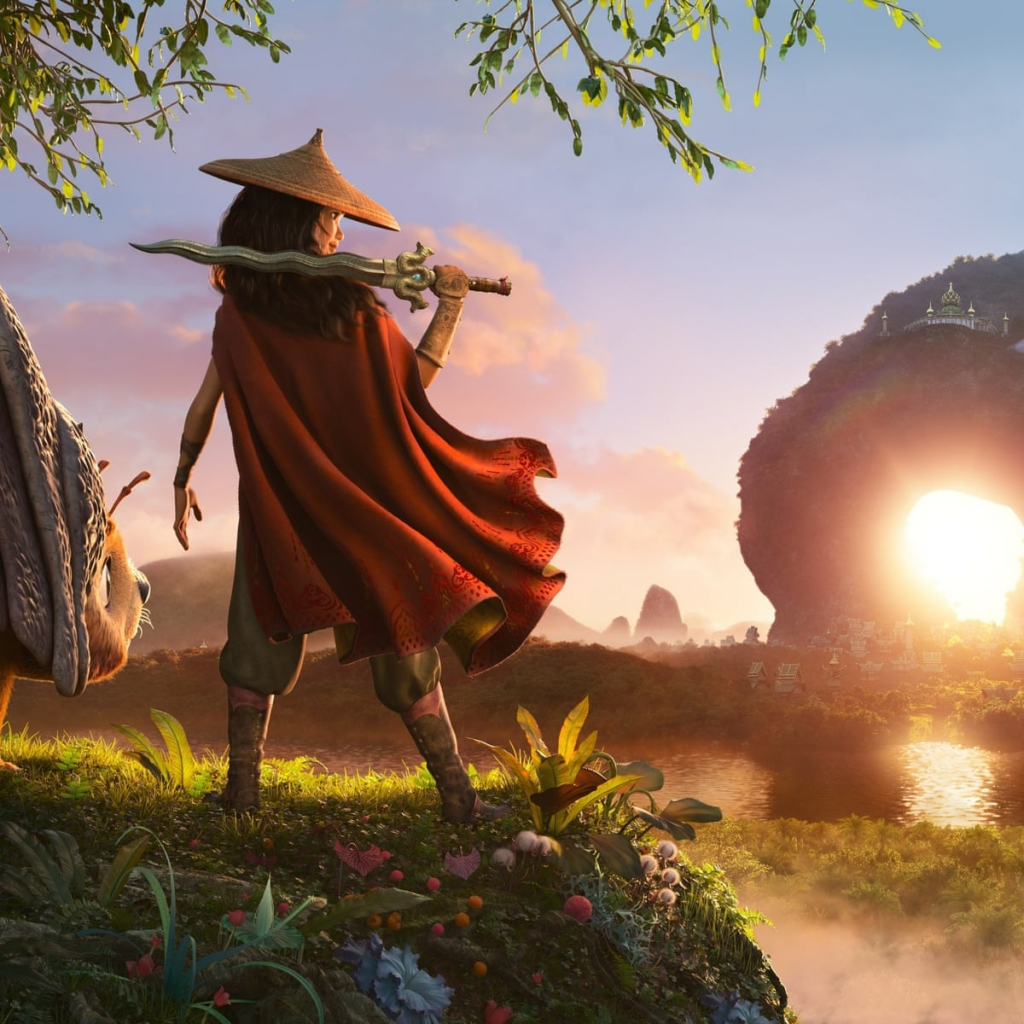 This film has several elements working in its favor. The first is its art style. This is a beautiful film. The landscape shots of the dystopian, plague-infested world are particularly gorgeous and filled with visual interest and intrigue. The film is bursting with fresh and innovative ideas, including several sequences that adopt a more classical 2-D style to great effect. In 2021, most high-budget animated films are well-animated, but only a few genuinely feel like a work of art. This film is firmly in that later category.

Perhaps the film’s greatest strength is its characters. Each character is nuanced, believable (relatively speaking), and relatable. And, blessedly, not annoying. There are no loud and shouting characters, grating voices, or attempts at cheap potty humor. Instead, the humor emerges from the relationships and the clever banter. The characters are endearing, but never demanding of attention. The characters are also flawed, but rarely in easy to pin-point ways. Perhaps the best way to describe the characters is that they are deeply human. They all have admirable qualities and vices but are not defined or governed by any single characteristic. The result is a far more mature story than the typical non-Pixar animated flare. 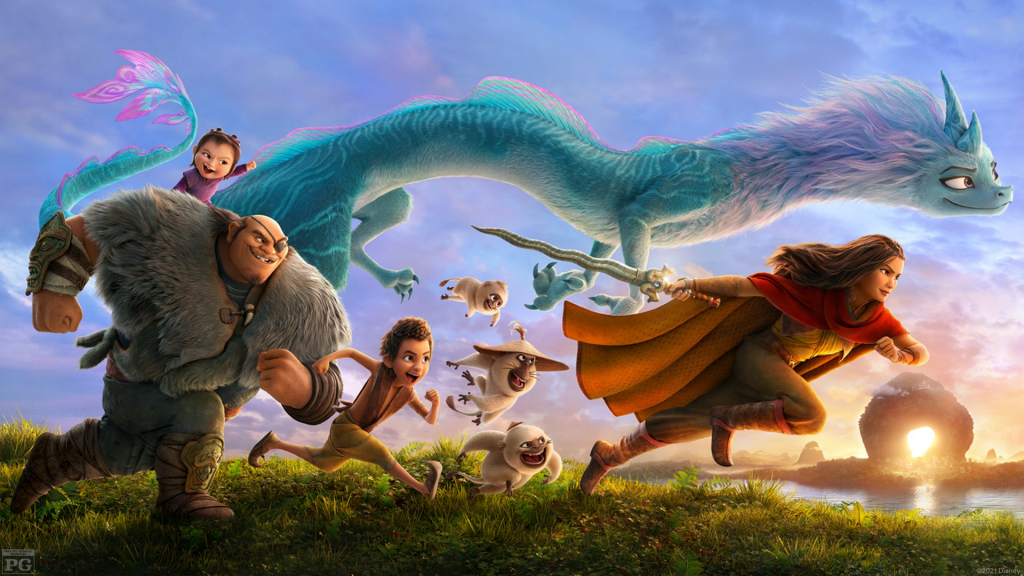 In the end, this is a great film that sadly will probably fly under the radar due to COVID and its staggered, non-traditional release. Even so, I’m not sure that this film is destined to be a classic with endless replay value. It lacks some of the quirkiness and energy that typically captivates kids. What it lacks in these areas, though, it makes up for in depth and artistry. The central theme of the movie is trust (see below), and Raya and the Last Dragon demonstrates that it trusts younger audiences to handle more than slapstick and poop jokes. I couldn’t agree more. Also, it’s got dragons, so that doesn’t hurt either.

Violence: None. There is no death or blood, but several scenes may be scary for sensitive young viewers.

Beneath the surface of the magic, dragons, and ninja warfare, is an important lesson on the importance of unity and trust. This theme weaves throughout the entire film, often explicitly, but rarely in a pound-you-over-the-head sermonizing way. The theme of unity is certainly not a novel one in recent years, but I found the approach Raya and the Last Dragon takes to be unique and more mature. In most films, the lack of unity is the product of ignorance. The characters are initially skeptical of the unknown “other”, until they learn over the course of their adventure that they are actually more similar than they realized. Thus, education and increased awareness are prescribed as the antidote for disunity. 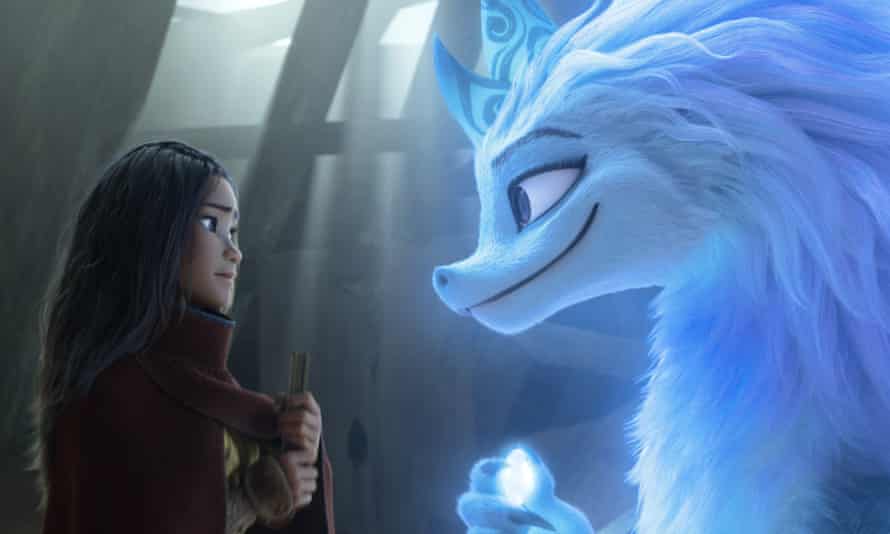 Raya diagnoses a different root cause, and therefore offers a different solution. Disunity and a lack of trust are not merely the result of insufficient knowledge but are the result of a flawed and broken human nature. What is required is a change of heart and a growth of character. Although the splintered people groups are visually distinct, there is little emphasis on these differences. The film does not dimmish the cultural differences, but it shifts the focus from the head to the heart. No amount of education will compensate for a heart that lacks love, forgiveness, and the willingness to trust others.

As with many fantasy films. the presence of magic and non-biblical spirituality in the film will likely be a deal-breaker for some Christians. At its core, however, beneath the outer coat of magical and dragon-themed paint, are several pertinent metaphors of Christian truth—at least, up until a certain point.

I generally resist trying to force Hollywood films to conform to a C. S. Lewis-esque Christian allegory. Raya is not attempting to teach biblical truth, but there are reflected glimmers of it throughout if you look closely enough. One example is of sin and fallen human nature. The cause of the conflict and discord in the land is succinctly put: “People being people.” The evil Drunn—mindless forces of chaos and destruction—are a potent visual of sin. They are described as having always existed, having been “born of human discord”, and reaching their full strength in the dark of night. They scourge the land, looking to steal the souls of all in their path. When humans are powerless to save themselves, the self-sacrificial death of the dragons offers them hope. Even broken, the shards of the magical dragon gem are the only power capable of repelling the forces of evil.

Of course, an analogy can only be stretched so far before it snaps, and near the end the film begins to steer into self-empowerment and self-salvation territory. That the film does not present a perfect one-for-one allegory does not, however, diminish the value of the available metaphors. As an isolated presentation of biblical theology, the film clearly falls short. But as a tool for discussion and contemplation, there is much for a Christian to affirm and think on. 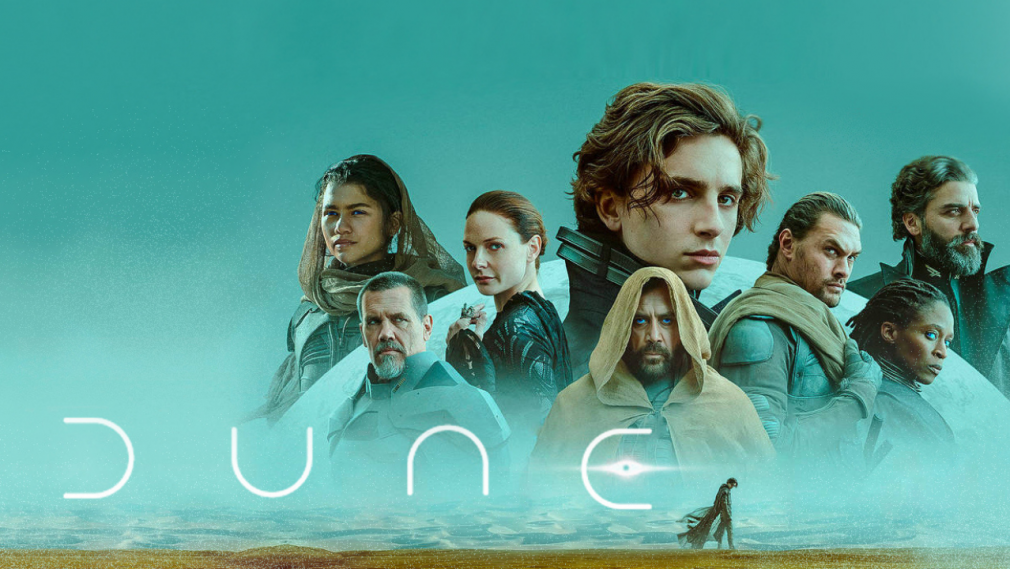 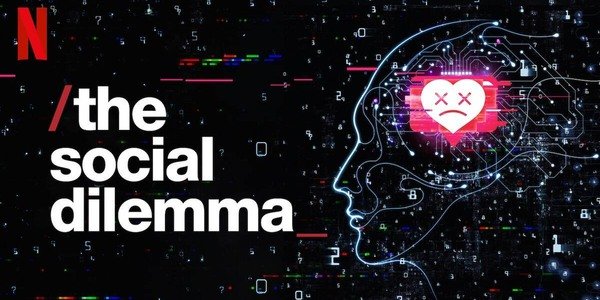 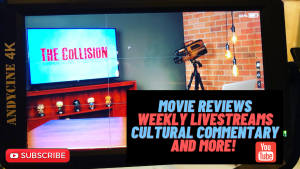