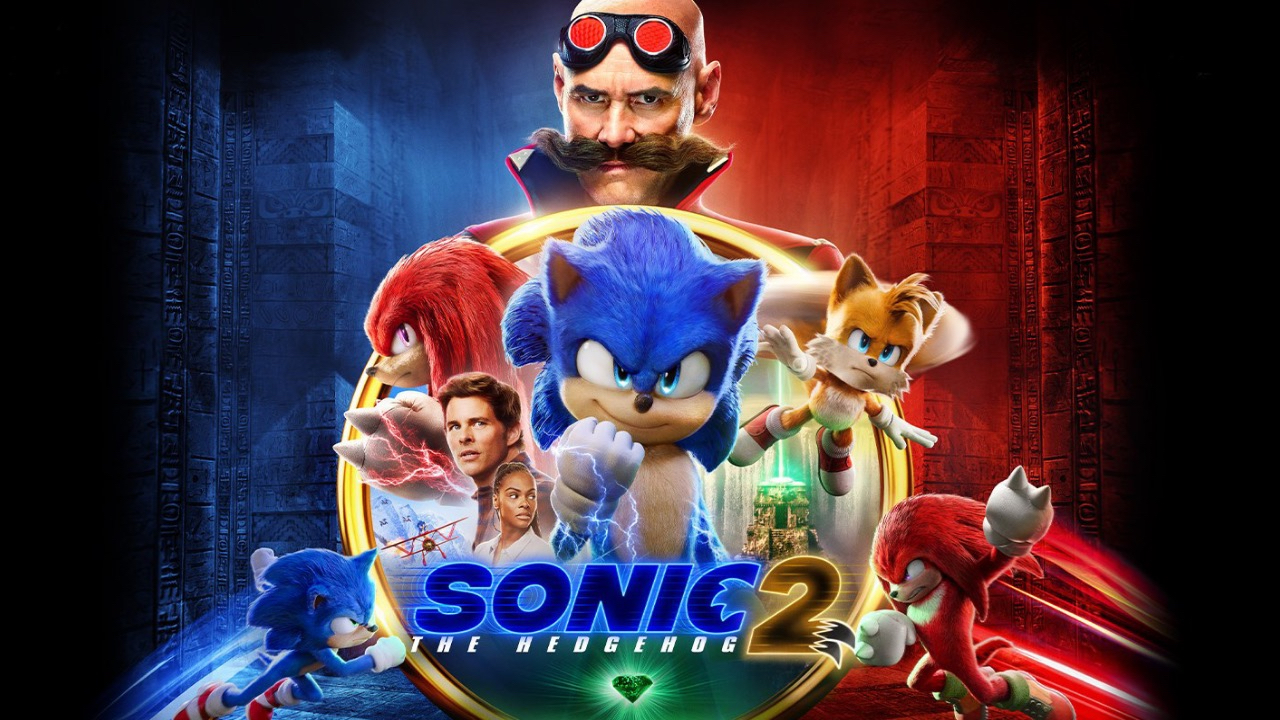 Final Verdict: A vastly improved sequel, but too rapidly paced and disjointed to offer anything more than mindless, diverting entertainment.

As all ’90s kids know, “Sega does what Nintendon’t.” While the Super Mario Bros wait for their animated debut later this year, Sega’s speedy blue hedgehog is already racing back into theaters for his second movie.

By the time the end credits rolled for the first Sonic the Hedgehog (2020), I was ready to declare the console wars over once again. The movie was a chore to watch, where everything moved fast except for the runtime. Thankfully Sonic the Hedgehog 2—while not a great movie—is a significant improvement in almost every way. 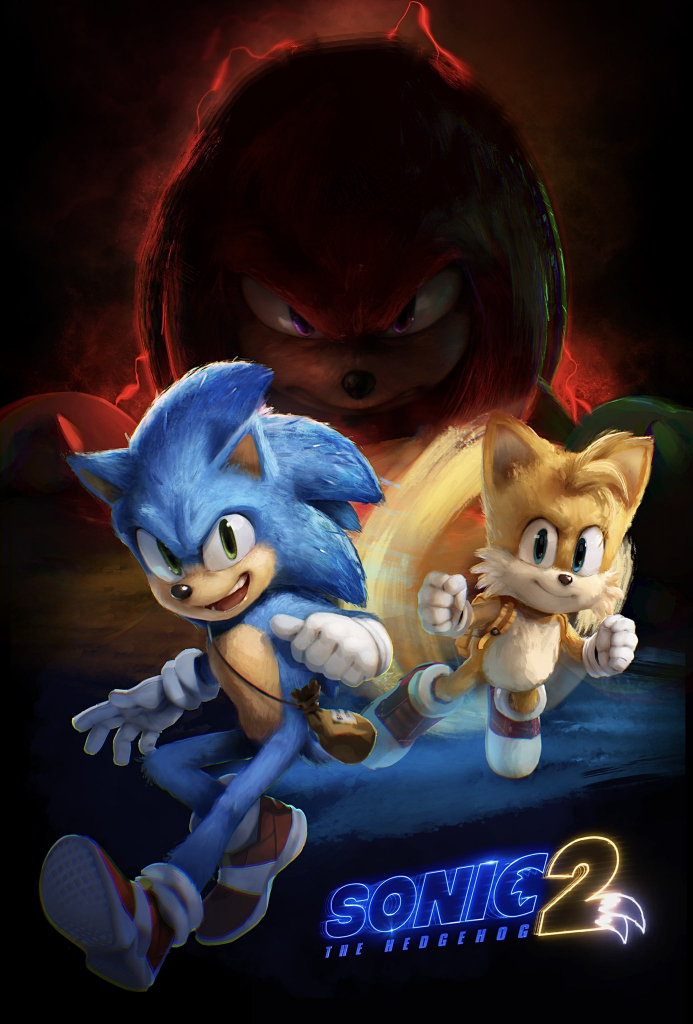 The biggest issue with the first Sonic movie was the all dull human characters that stole the spotlight from the far more interesting hedgehog. Thankfully, the sequel learns from the first film’s mistakes. The human characters are still (lamentably) present, and every time they appear the story comes to a screeching halt, but they spend most of the movie sidelined.

The one exception to the uninspiring human characters is Jim Carrey as the villainous Dr. Robotnik. Carrey gives a full throttle, pedal-to-the-metal, classic Jim Carrey performance. He hams it up in every scene.

The main attraction, however, is the Hedgehog himself. Sonic remains endearing with his hyper enthusiasm and constant wisecracks. He is joined this time by Tails, a peppy two-tailed fox, and Knuckles, a brute force warrior. Surrounding Sonic with other animated characters is absolutely the right move for the series, and the movie is at its best when this trio take center stage together (teasing the blissful possibility of a Sonic movie without any human characters at all). 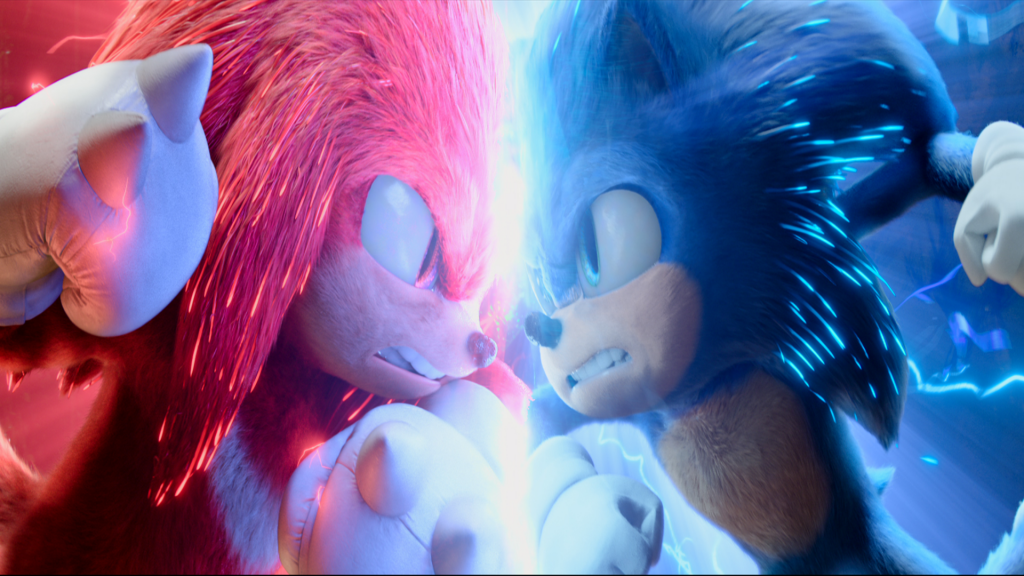 Despite improving upon the original, there remain several issues. The movie plays out like a speed run. Rather than a classic story arc, the plot is more like a classic Sonic video game level, racing in a straight line from one point to the other, always moving too fast for any one moment to leave much impression. As a result, there is almost no narrative or thematic unity. In one scene, Sonic and Tails compete in a bizarre and spontaneous tavern dance-battle, then rush back off on their adventure as though it never happened. Later, they are imprisoned in a hotel, only to break out and speed off to the next plot point. There is no important plot information revealed or lessons learned, merely a rapid collection of inconsequential scenes meant to entertain and pad out the runtime.

Sega always had the reputation of being the “edgy” and “cool” video game system compared to the more strait-laced Nintendo. The movies have attempted to capture this vibe without much success. Sonic 2 is filled with pop culture references that already feel dated and irrelevant. Also, while not an overly offensive or crude film, there is simply no reason for a character in a children’s movie to yell something like, “What the h—!”

In the end, Sonic 2 succeeds in clearing the low bar set by the original. It is not a great movie, but I’m not sure that it ever aspires to be one. Like the classic video game, the movie exists to offer rapidly-paced, diverting entertainment, and in that singular mission, it delivers.

Community, Unity, and the Church Body

For the most part, Sonic the Hedgehog 2 is too busy racing through its story to slow down long enough to develop any messages. The one consistent theme, however, is the importance of community and having a “crew.” The first film emphasized the loneliness of Sonic, as a literal alien trying to find his place in the world. His solitary existence was most clearly visualized by the scene of him playing baseball alone, using his speed to play all positions. The sequel builds on this theme.

The movie opens with Sonic embracing the superhero persona of “Blue Justice.” His vigilantism leads his adopted father (James Marsden) to lecture him, “Being a hero isn’t about taking care of yourself. It’s about taking responsibility of other people.” Sonic’s character growth comes in learning to understand this teaching. 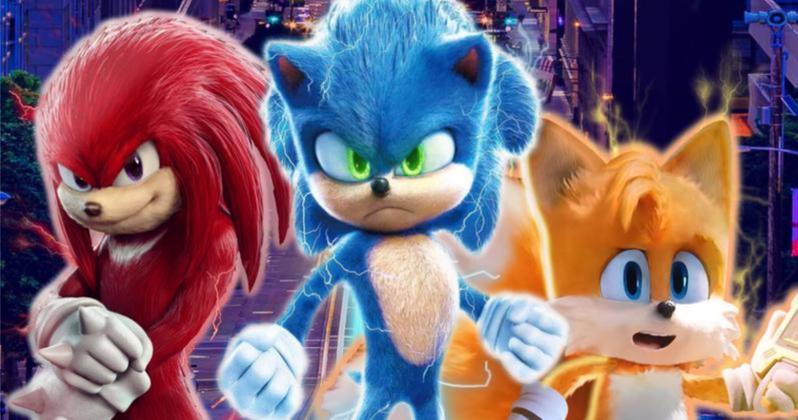 With the inclusion of newcomers Tails and Knuckles, Sonic is finally able to find his place and learn to trust in others rather than keep his heroism as a solo act. In a sense, the story reflects 1 Corinthians 12:12-27, and the Apostle Paul’s teaching, “For the body does not consist of one member but of many.” Sonic is fast, Tails is smart, and Knuckles is strong. They each bring something to the team that the others lack, and are stronger together than they are apart. While the need for community is not an exclusively Christian message, Sonic the Hedgehog 2 is a fitting metaphor for the biblical teaching that God designed Christians to live in community, each as valuable members of the unified Church body. 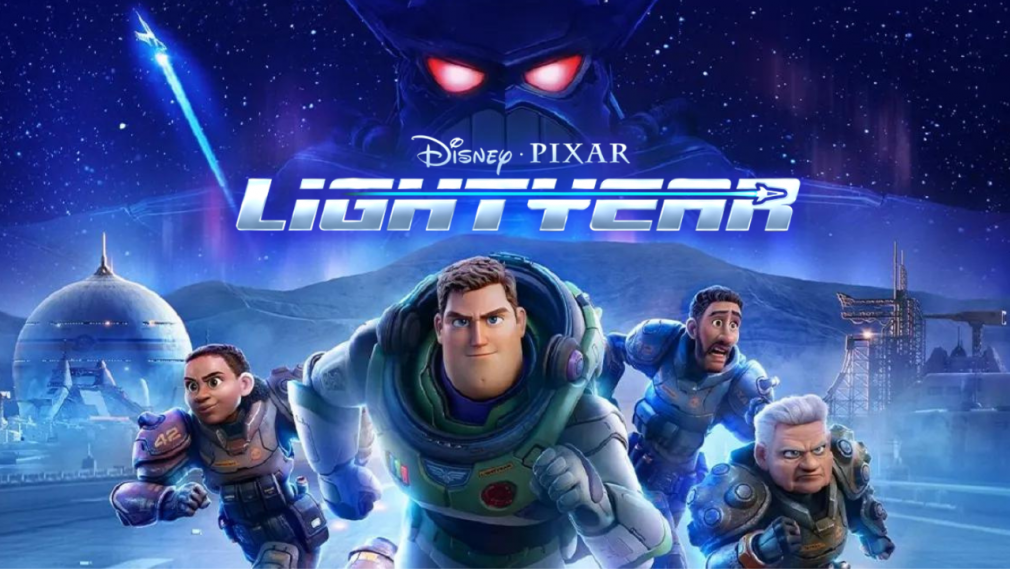 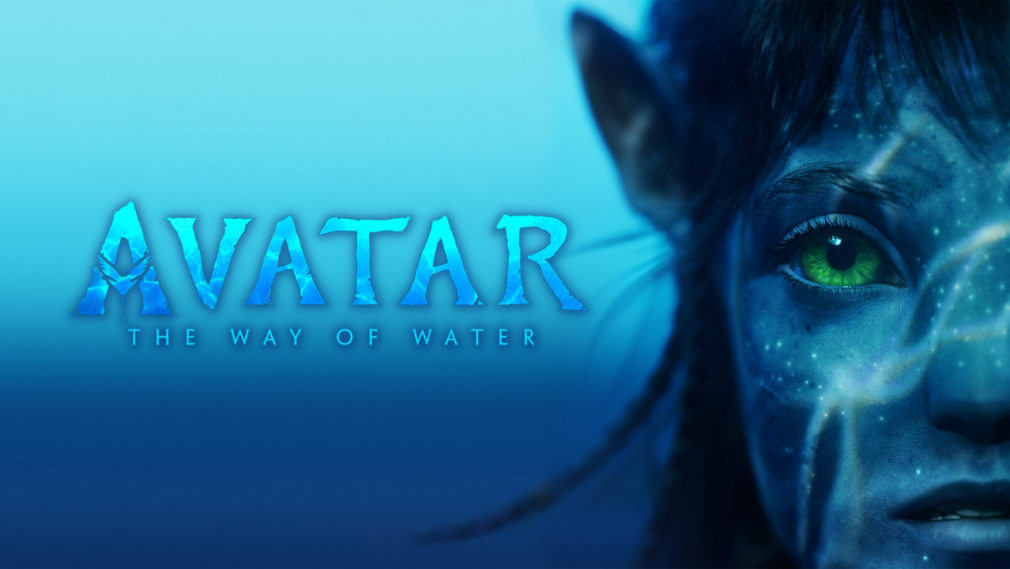