A few days ago, my wife and I went to a movie. Yes, we went to a movie in an actual, physical, brick-and-mortar movie theater. Not many cinemas have reopened yet, and the ones that have aren’t showing new releases, just classic films. But I was eager to be in front of the big screen again, and even more eager to revisit one of this century’s most influential films: The Dark Knight.

The Dark Knight was released July 18, 2008. It was the much-anticipated sequel to Christopher Nolan’s reboot of the caped crusader, Batman Begins. If we go back in time, we will see that the movie landscape was quite different then. The Dark Knight made more than a billion dollars in global box office sales, something only five other films had done to that point, and none of them were superhero flicks. Now, if we look at the global records, we’ll see that it has moved from 6th to 46th. It slid from highest grossing comic-book-inspired movie down to 13th highest. The year 2008 saw not only The Dark Knight, but also Marvel’s first entry into the cinematic universe with Iron Man. Since these two films were released, superhero movies have dominated ticket sales and essentially become their own film genre. But even with several comic book movies released each year, none, not even The Avengers, have quite yet captured the same magic as The Dark Knight.

Though it has fallen in ticket records, it stays strong in reviews. A 2017 article from USA Today ranked it as the 6th greatest film of all time. A 2018 survey from Empire Magazine placed it at #3. Currently, it ranks 4th among IMDb’s top-rated movies by users.

So, what is the magic in The Dark Knight? Why does it stand out from the myriad of action spectacles we have seen this century? Here are some obvious answers.

First, if you asked people what the best part of the movie is, most will cite Heath Ledger’s Oscar-winning performance as the iconic villain Joker. He was humorous, yet deeply disturbing. He seemed certifiably insane, yet also genius. I could go on, but Ledger’s work was undeniably fantastic. There is no argument here.

Second, Cristopher Nolan’s direction is grounded and realistic. Gotham City is not some cartoon town from the 90’s anymore. It feels like a real American city. This film is a crime drama, not a fantasy. There are so many police, attorney, accountant, and mob boss characters that it’s easy to accept one billionaire playboy in a bat suit. The action feels real, and if you watch some behind-the-scenes clips, you’ll see that much of it was real. Unlike many directors today, Nolan leans heavily on practical effects, not CGI. So, when you see a semi-truck flip in Gotham City, it looks fantastic, because they literally flipped a semi-truck in downtown Chicago. Nolan’s pacing is also vital to the experience. A new shocking event occurs every 15 minutes. Suspense is constant, almost like a horror movie. The clock is always ticking as you follow multiple characters and storylines across the city. Yet, even with this tension, Nolan manages to give us moments of quiet contemplation and memorable dialogue scenes.

There are many other excellent aspects of The Dark Knight that I could fawn over all day. Its epic score, sharp script, deep supporting cast, and beautiful cinematography are all top notch. But I want to focus on some of its subtleties in storytelling I believe are deeply profound.

The Joker loves chaos, because it unsettles powerful people. Those with control and “plans” are left feeling powerless by Joker’s chaotic style of terrorism. Anarchy is the name of the game. He doesn’t want money or power. He wants to corrupt all that is good in Gotham. He uses multiple means to accomplish his goal, but his biggest and most terrible achievement isn’t a robbery, explosion, or murder; it is turning Harvey Dent.

Bruce Wayne wants Dent to be the savior of Gotham. He thinks that if Dent eradicates organized crime, then the bat suit could be put away. Alas, in two simultaneous explosions, Joker murders Rachel Dawes, the love interest of both Dent and Wayne, and disfigures Dent’s face. Wayne is distraught, but Dent loses his soul. Dent embraces some of the Joker’s chaotic methods in his pursuit of revenge against all that wronged him.

The Joker is a scary villain because he doesn’t just want to cause harm; he wants to make others as evil as he is. He is an accuser, or shall I say, devil? He tempts Dent to sin so that Dent will be impure, and all of Dent’s good deeds will be rendered void.

Another theme in The Dark Knight is the age-old question, “Do the ends justify the means?” Joker is a terrible force that must be stopped. So, Wayne uses his company’s technology to spy on every cell phone in the city in order to find him.

Was that action ethical? Maybe. The movie doesn’t offer a clear answer. Let’s consider our reality for a second. Should the U.S. government spy on its citizens as a means of catching terrorists? You can answer that question for yourself. My point is that grey areas exist. What Batman does is “wrong” to a point, but he acknowledges that it is. What’s important is that he doesn’t give himself that omniscient power. He trusts it to someone else, Lucius Fox, who recognizes how invasive the tactic is. The technology is used and then immediately destroyed. Fox and Wayne understand the dangers of such power. They don’t let it fall into other hands or corrupt their own.

“You either die a hero or live long enough to see yourself become the villain.”– Harvey Dent

I’m not sure how you could watch this film and not see Batman as a Christ-type figure. At the end, Joker is captured, but it seems like he has still won. Dent is not only dead, but his reputation is also going to die when news spreads about his murderous last days. I find the dialogue between Gordon and Dent at the end of the movie quite profound:

Gordon: All of Harvey’s prosecutions, everything he fought for…undone. Whatever chance you gave us of fixing our city dies with Harvey’s reputation. We bet it all on him. The Joker took the best of us and tore him down. People will lose hope.

Batman: They won’t. They must never know what he did.

Gordon: Five dead, two of them cops…you can’t sweep that up.

Batman: No. But the Joker cannot win… Gotham needs its true hero.

Batman: “You either die a hero, or you live long enough to see yourself become the villain.” I can do those things, because I’m not a hero, not like Dent. I killed those people, that’s what I can be.

Batman: I’m whatever Gotham needs me to be… Call it in.

This scene is a lesson in self-sacrifice. The Dark Knight subverts the superhero genre. It’s the first Batman movie without Batman in the title. Commissioner Gordon describes him as a knight, but not a shining one. This knight has a suit of armor, a noble steed (the Bat-pod), and a chivalrous code (no guns; no killing), but he stays in the shadows. Rather than pursue honor, he takes the shame of another man’s sins upon himself. He exchanges glory for darkness. He is willing not to be the hero, which is why he is such a great hero. 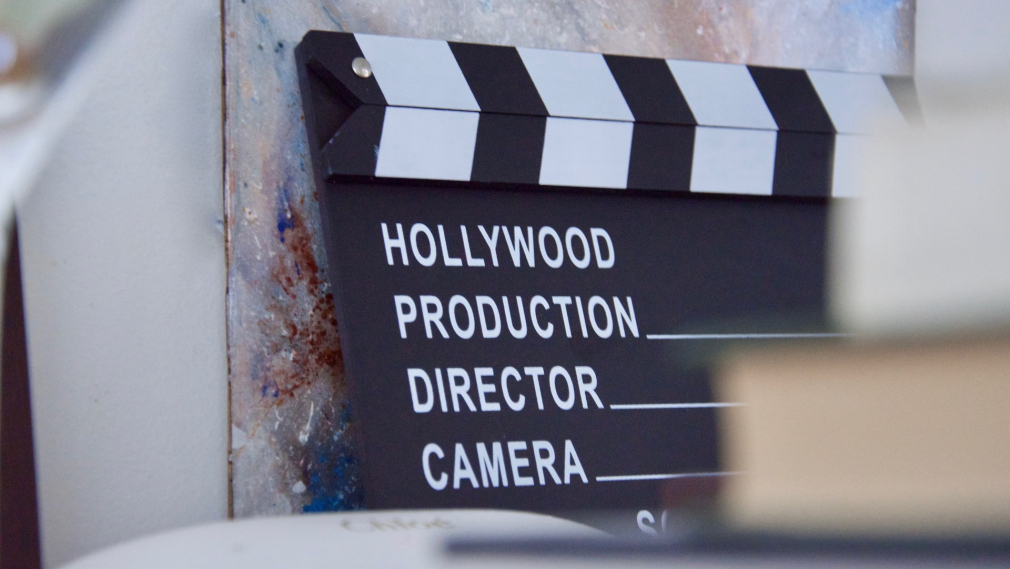 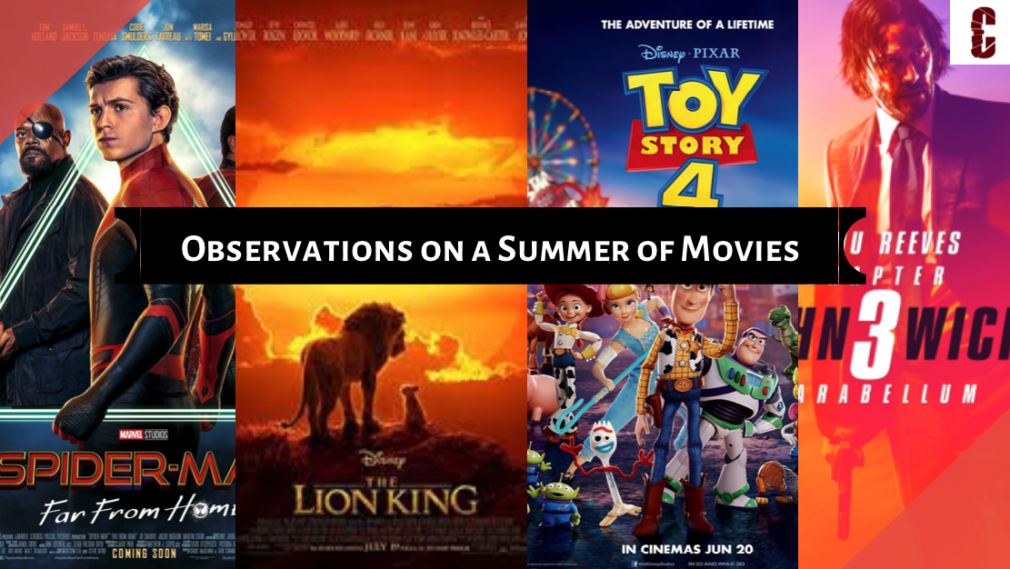 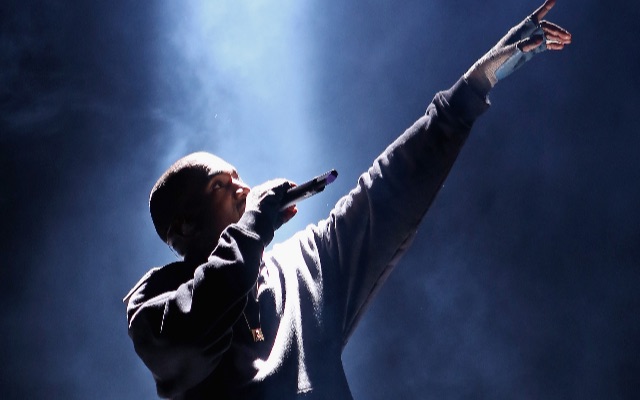