It’s been a rough couple weeks to be a famous painting. Activism and the phenomenon of “going viral” are a toxic marriage. No magic crystal ball was needed to foresee that the partnership would inevitably lead to a profusion of attention-grabbing gimmicks.

Several young activists recently caused a stir online by tossing cans of tomato soup onto some of Vincent van Gogh’s beautifully painted sunflowers. They proceeded to glue themselves to the wall of the museum and deliver an impassioned spiel. The viral moment was replicated by mashed potatoes at a Claude Monet painting and more soup on Johannes Vermeer’s “Girl with a Pearl Earring.” Stay tuned to see if anyone chucks some corn-on-the-cob at The Mona Lisa.

There’s a danger in trying to draw sweeping conclusions or universal truths from individual events, particularly ones as outlandish as these. Not every brainless act by foolish individuals is the symptom of a larger cause. At the same time, these occurrences strike me as perhaps an extreme manifestation of a rapidly growing deconstructionist worldview and tear-down culture.

“Deconstruction” has become a recent buzzword. As with other trendy flavor-of-the-week catchwords (such as “woke”), the oversaturation of the term makes it tricky to discuss, since it has many different meanings and connotations.

The concept itself is not new, having been around since at least the 1960s as part of a postmodern philosophical framework and literary theory. But the idea has taken on a less academic meaning and is now frequently used to describe the process of questioning and reevaluating traditional beliefs and authorities.

In a positive sense, it implies a willingness to think critically about beliefs and biases. It has become a popular ideology among young Christians whose intention is not to destroy or abandon their faith but to trim away unnecessary fat that has accumulated over the years as the result of bad biblical teaching or cultural influences. At the same time, untethered to tradition and consumed by a posture of constant questioning, the deconstruction process has also led many to deconstruct themselves out of their faith entirely, leading to a new wave of EXvangelical influencers.

Deconstruction is a complex issue that resists simplistic answers. As a careful and intentional process, there is much value in evaluating a worldview. Potential danger seeps in when deconstruction ceases to be a guided process and instead becomes a worldview onto itself, when the default response to every problem or situation is to tear it all down and hope that a phoenix rises from the ashes. Too often, instead of a majestic bird, we’re just left with a bunch of ashes.

The Venn diagram overlap of people who promote “deconstruction” and those who toss soup on beloved paintings and glue themselves to the wall is obviously small. But perhaps they share the outlook that to ensure a better tomorrow we must first assault the foundations of today. Thus, to preserve beauty, we must first desecrate it. To save the environment, we must defile environmental paintings by artists who captured the majesty of nature like few others in history. Out with the old and in with the new. The past is unimportant. All that matters is the future.

This mindset is evident outside the museum walls as well. “Cancel Culture” rests on a conviction that people must be constantly put to the test, torn down, and discarded at the first sign of trouble. Even in more trivial areas, the tear-down mentality is visible. Rather than surrendering to the magic of cinema, almost every blockbuster movie is now followed by wave of YouTube video rants and meticulous breakdowns to “expose” every apparent plot hole or inconsistency. The mantra of the present age seems to be, “Question everything, all the time.” We view every situation through a critical lens and, unsurprisingly, find criticisms everywhere we look.

The Christian faith should be an antidote to the tear-down mindset now so pervasive in the wider culture. Christianity is not uncritical, and sincere doubts and honest questions should always have a place within the faith community. Indeed, a driving force behind many young Christians embracing deconstruction is that for too long they were told that asking questions was a sign of a weak faith rather than a pathway to a deeper and more grounded belief.

At its core, however, the gospel paints a hopeful picture of redemption and transformation. When sin separated humanity from our perfect creator, God sent his son to restore us to a loving relationship with him forever.

The Bible makes clear that there is “a time to tear down and a time to build” (Ecclesiastes 3:3). There are appropriate times to tear down, but we shouldn’t become so fixated on destruction that we forget to build up and cultivate. It is fitting that our first habitat was a garden, a location synonymous with growth. Intentional cultivation requires gardeners to pick any weeds that pop up. But if plucking and unrooting becomes the driving motivation and obsession, eventually they will end up with full-fledge deforestation.

We should guard ourselves against embracing a default posture of constant skepticism and distrust. There is a seductive power to a deconstructionist worldview. If nobody and nothing can be trusted, then we naturally retreat into ourselves as the authority. Like the nitpicky movie critics on YouTube, we can elevate ourselves onto a pedestal as the highest authority and expert, finding fault everywhere we look but contributing little beyond our complaints.

Tradition and religious institutions are certainly not immune to corruption. Yet at their best, they ground faith in something other than the individual self. When Christians wholesale reject these safeguards, we’re left as the only authority, and there is an inevitable temptation to fashion a faith that reflects our own selfish desires.

Today’s culture has become addicted to the tear-down drug, leading to a daily assault on the past and a drive to cancel, boycott, demolish, and burn it all to the ground in a desperate hope of finding meaning and purpose amongst the ashes. The world needs Christians who are willing to plant, cultivate beauty, and stay steadfastly rooted in an eternal heavenly perspective. We should protect and safeguard the truth, tearing down falsehood when necessary. But we can take heart that true hope is not found in a ruined landscape of ashes but at the foot of the cross. 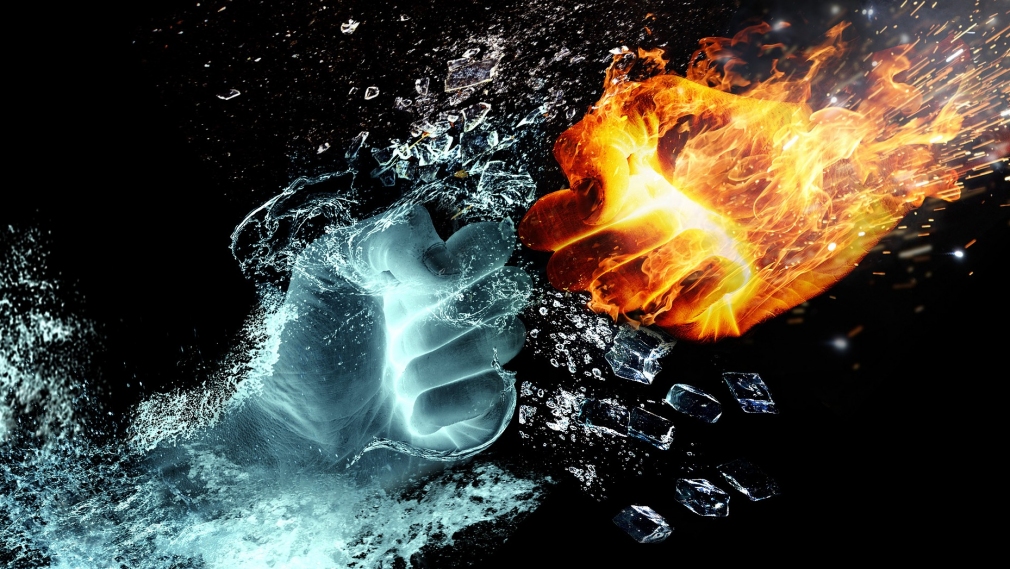 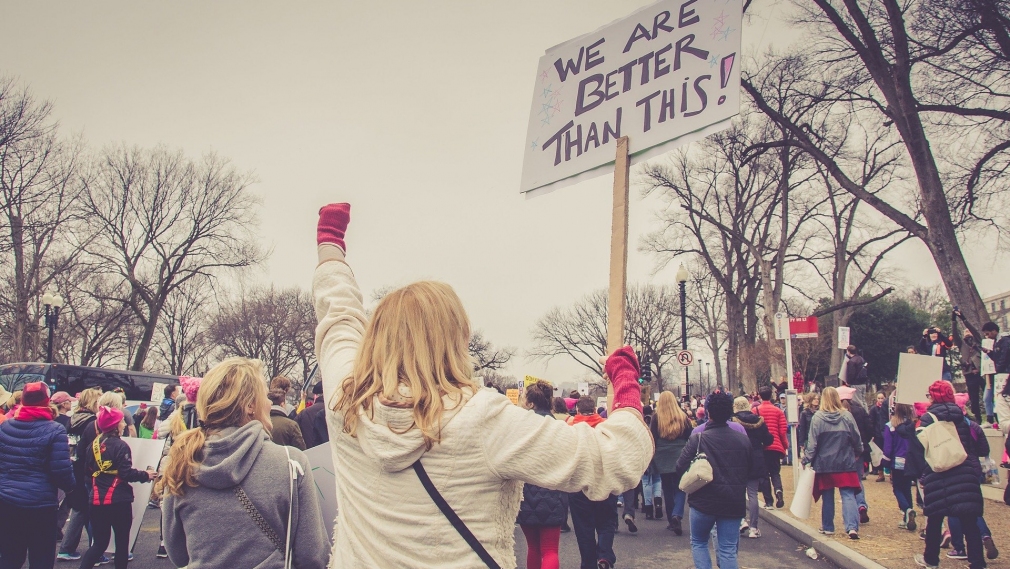 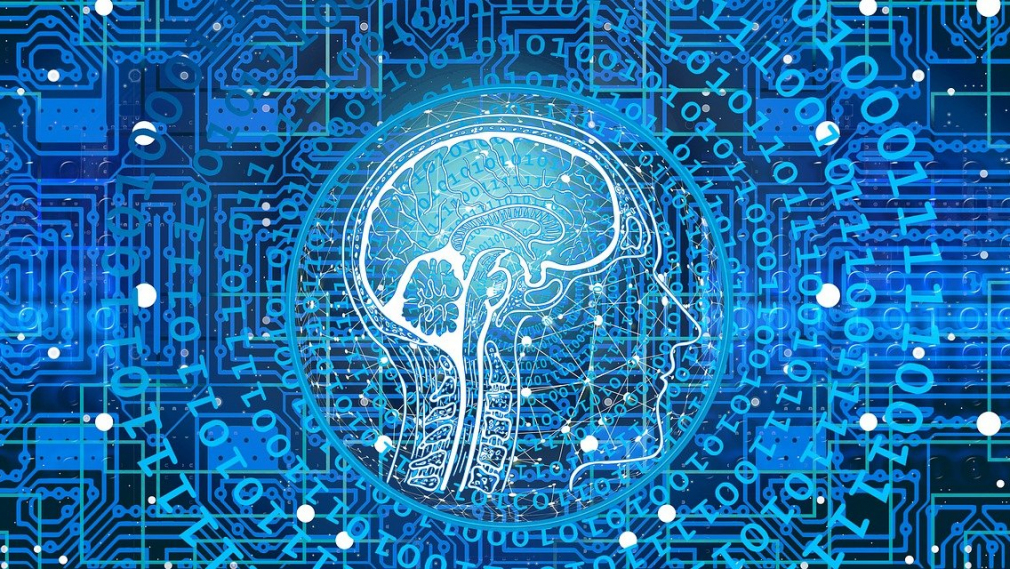 Disconnectedly Connected: The Church in the Digital Age