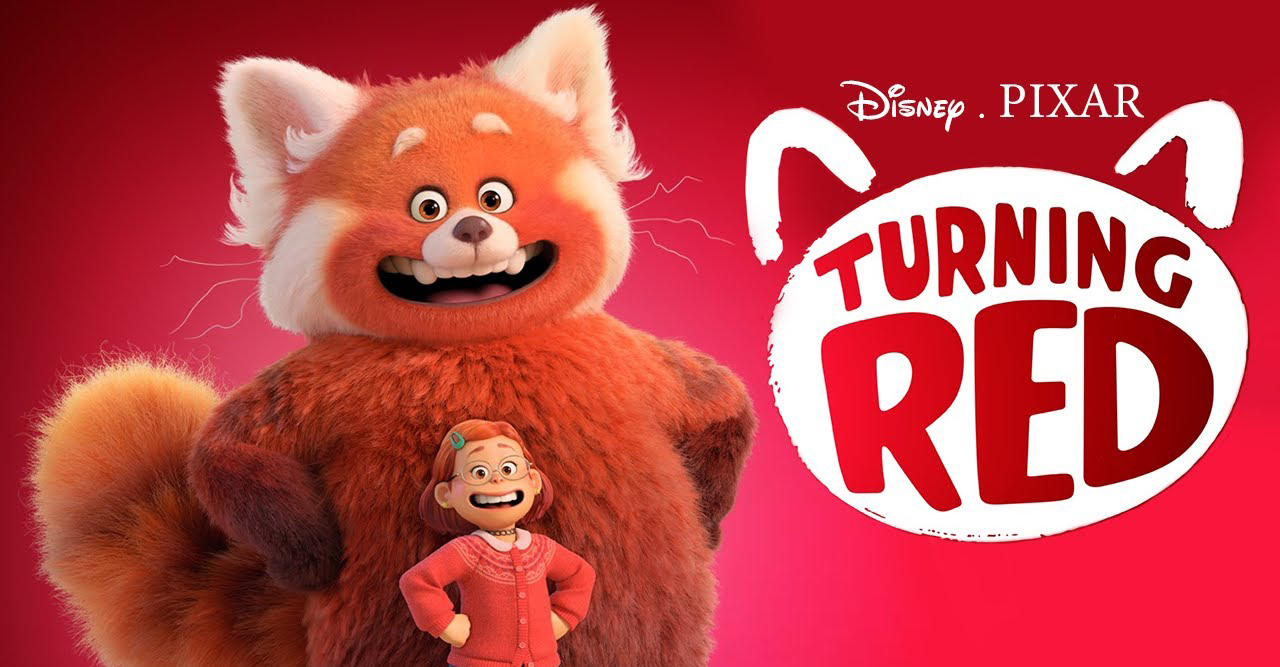 Final Verdict: A complicated coming-of-age story that embraces the messiness of life.

Having probed the human subconsciousness and explored the metaphysical reality of the soul and afterlife, Pixar Studios now turns its ambition toward the next uncharted frontier—puberty. Buckle up, parents. Turning Red is the 25th entry for the studio. As is now expected, the animation is excellent, featuring a fun anime inspiration that gives the aesthetic a unique charm. Also present are the usual hilarious characters, touching emotional beats, and weighty themes. Turning Red is unquestionably a Pixar film. It may also be one of its most controversial and difficult stories to navigate.

The movie’s simple premise is that Mei Lee, a 13-year-old Chinese-Canadian, transforms into a massive, fluffy, red panda any time she experiences extreme emotions (a serious problem for a 13-year-old). In the pantheon of Pixar films, Turning Red is most similar to 2021’s Luca. Both are coming-of-age stories about young characters who try to keep their “monstrous” identity hidden from the world, and both are deeply personal and reflective narratives. 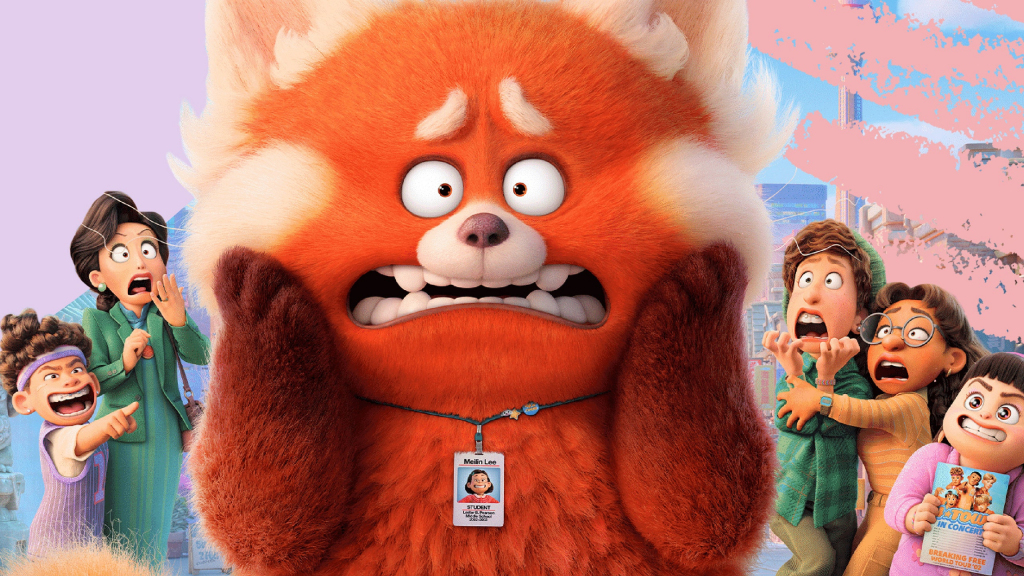 Turning Red is the sort of film that a child will enjoy watching but might not ask to watch again. It is well crafted and engaging, but lacks some of the magic of earlier Pixar films and is perhaps a bit too raw and personal to lend itself as easily to endless rewatchability. The decision to forgo movie theaters and release the film directly to the Disney+ streaming platform is perhaps for the best, not for a lack of quality, but simply because the more intimate and complicated story seems well-suited for parents and children to watch together and discuss in the living room, rather than in a dark, crowded theater.

Okay, now it’s time to address the giant red panda in the room. This is a movie about puberty. The red panda is an intentionally overt metaphor for a woman’s period (specially), and puberty/growing up (more generally). Although the specifics of the story are somewhat narrow and culturally specific, the overarching theme remains broadly applicable. Perhaps the best summation of the movie is the advice given to Mei by her father: “People have all sides to them. Some are messy. The point isn’t to push the bad stuff away. It’s to make room for it. To live with it.” Relationships are messy. Growing up is messy. Parenting is messy. School is messy. Hormones are messy. Life is messy, and perhaps never more so than during puberty. 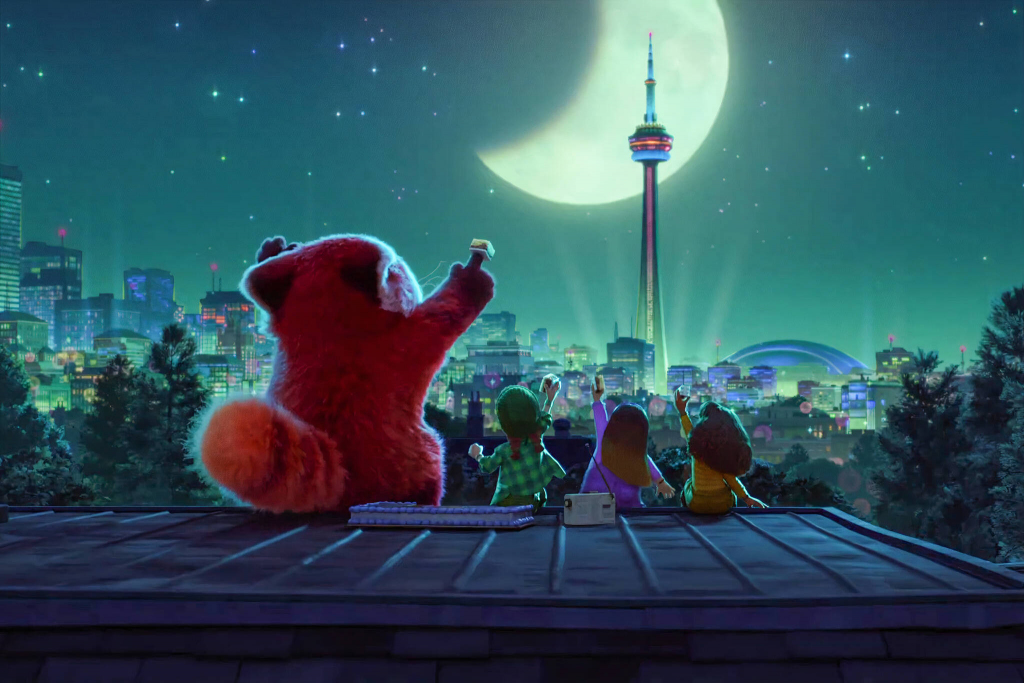 The film ends with Mei’s voiceover declaring, “We’ve all got a messy, loud, weird part of ourselves hidden away. And a lot of us never let it out. But I did. How about you?” The central message is that that the natural changes we experience growing up are not something to fear or be ashamed of. They’re something to be embraced and celebrated—even if they are messy and uncomfortable. There is also a profound generational focus in the narrative, highlighted by a beautiful scene near the end where Mei is allowed to encounter her mother as a teenager and finds her distraught with the same emotions and conflicts that she is struggling with herself. The moment is a tender reminder to adults that we too once navigated the treacherous jungle of childhood and puberty. 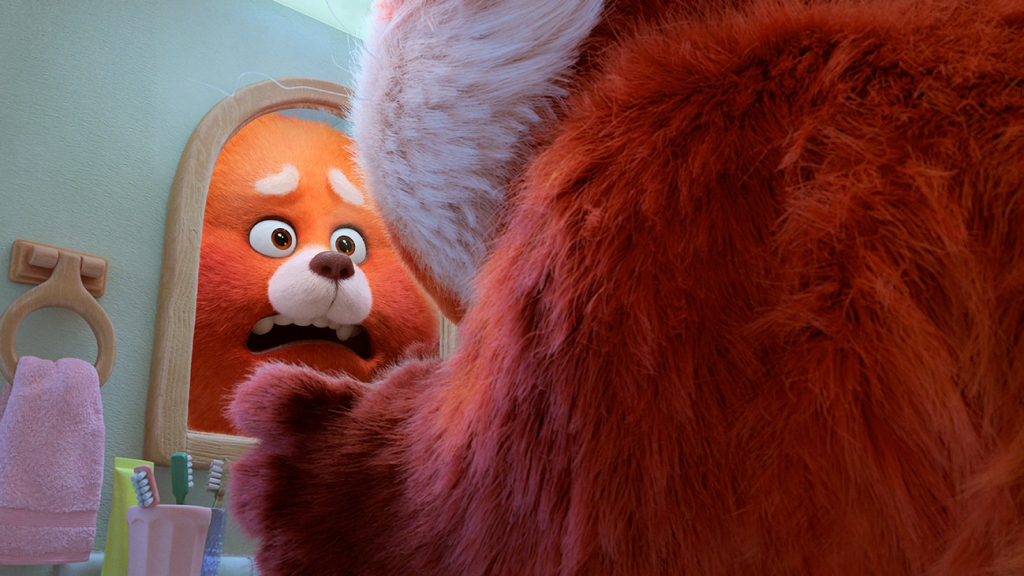 There is a lot to appreciate about Turning Red. Beyond the gorgeous animation, humor, and charm, there are many moments of mature reflection and insight. At the same time, there are also several areas that may be concerning to parents and to Christians, such as an emphasis on non-biblical spirituality and religion (see below). Also, while the topic of puberty is important and appropriate for a film to explore, parents must ultimately decide when and how to guide their children through these sensitive topics.

Like its quirky heroine, Turning Red fully embraces the messiness of life. Although it may not always provide simple answers—or, at least, the answers some parents might want—the movie goes reminds us that despite our many differences, there are human experiences and rites of passage that transcend our differences and unite us together.

Profanity: There is no swearing, but the teenager characters frequently use “naughty” words such as crap, dork, stupid, perv, sexy, sicko, jerk-wad, butt-head, etc. There are also multiple swear-substitution words, such as “what the heck,” “O.M.G.”, and “Oh fudgesicles.”

Sexuality: None on the surface, although as a film about puberty, sexuality is a central theme.

The Messiness of Puberty and Growing Up

The topics and themes in Turning Red are arguably bolder than most Pixar films (which is saying something for a studio that made a film about death). Parents should be prepared to answer questions such as, “Mommy, what are pads?” Consistent with the theme of “messiness,” the manner that the movie explores this topic is also fittingly messy. On the one hand, the fact that the topic will likely be uncomfortable for many viewers validates the point. Despite being a universal rite of passage, puberty remains oddly taboo and cloaked in shame and guilt. 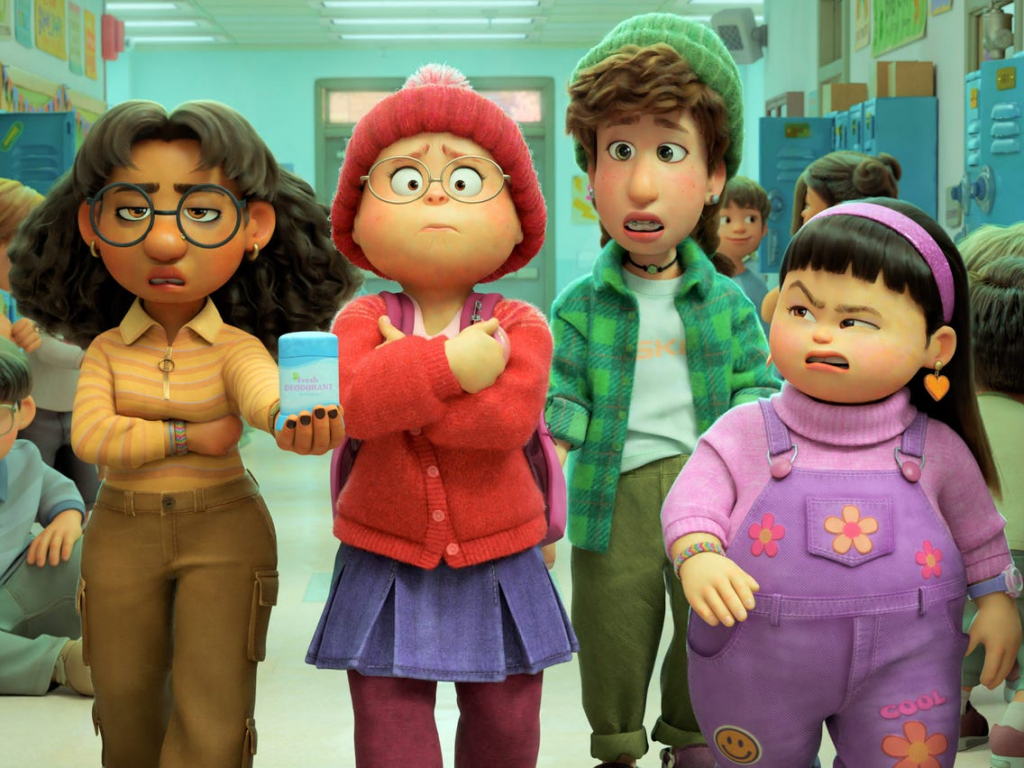 On the other hand, are my 7-year-old twin boys ready for this discussion? This is the dilemma of a “children’s’” movie dealing pointedly with teenage experiences. Will the film help prepare young kids to deal with the future experience by de-stigmatizing puberty? Or does it introduce them to emotions, desires, and insecurities that remain years away? It is natural for pubescent teenagers to gush over the opposite sex, but it is also natural for younger children to view them as mere playmates, rather than as sexual objects.

Turning Red acknowledges this tension.  Mei’s mother is in denial, waiting far too long to prepare her daughter, and is caught off guard when the moment finally arrives. At the same time, the film is honest about the fact that there is something melancholy and almost tragic about leaving behind the blissful innocence of pre-puberty years. There is a danger in trying to delay or ignore the changes when the natural time comes, but also a danger in leaving childhood behind too soon. The changes are natural and beautiful in their time.

A lot of the buzz surrounding this movie is the cultural specificity of its story. In one sense, that observation is overblown given the universally relatable experiences already discussed. At the same time, I am not Chinese woman, so many of Mei’s experiences differ from my own (although, as a Canadian, it was a delight to see the film set in Toronto!). For most of these cultural differences, I welcomed them as an opportunity to view the world through a perspective other than my own. The one possible exception to this is the film’s portrayal of religion.

Traditional ancestral worship plays a key part in the story. Mei’s family runs a temple and are depicted praying and lighting incense. Speaking to a tour group, the mother says, “Instead of honoring a God, we honor our ancestors.” The ritual that Mei must go through to banish the soul of the red panda is depicted as a mystical and slightly disturbing exorcism, complete with chanting, drums, magic circles, and as a shaman. 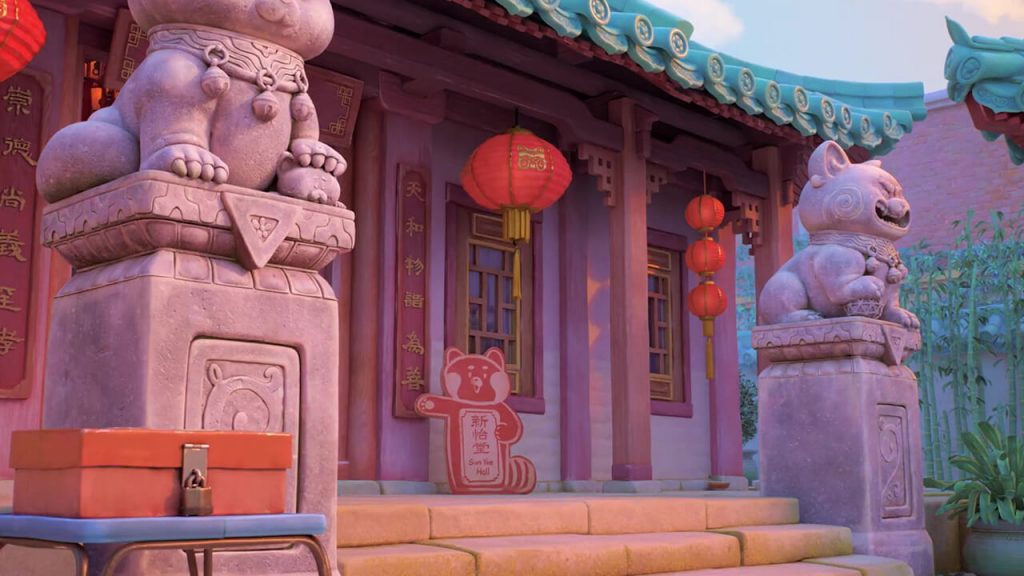 This will undoubtably and understandably be a deal-breaker for many Christians. Unlike many Christians, I am typically unconcerned with fantastical magic in films such as Frozen or Harry Potter. The spirituality in Turning Red, however, falls into a slightly different category, hitting closer to reality and less like a fairytale. Due to the personal nature of the story, the spirituality is presented as the sharing a certain cultural experience rather than as proselytizing a non-biblical religion. In other words, it is more “this is what some people believe and how they worship,” rather than trying to encourage kids to go to their rooms, light some incense, and start praying to their own ancestors.

I won’t venture to tell parents how they should navigate this topic with their own children. Parent can either approach the spiritual elements as opportunities to learn and discuss with their children, or they can simply choose another film to watch if they feel their children aren’t able to process it. Either way, parents should be prepared and aware so that they can respond accordingly. 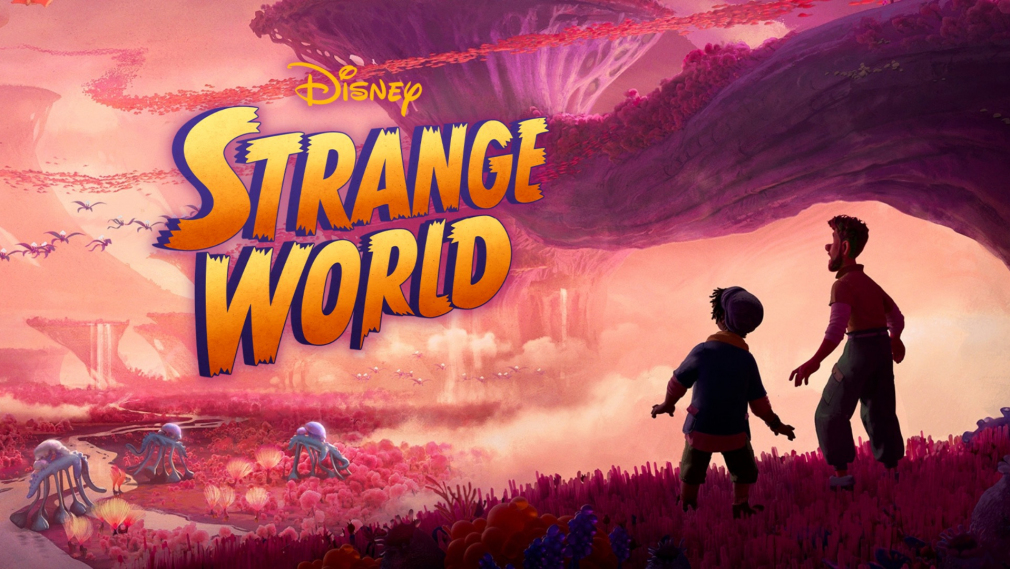 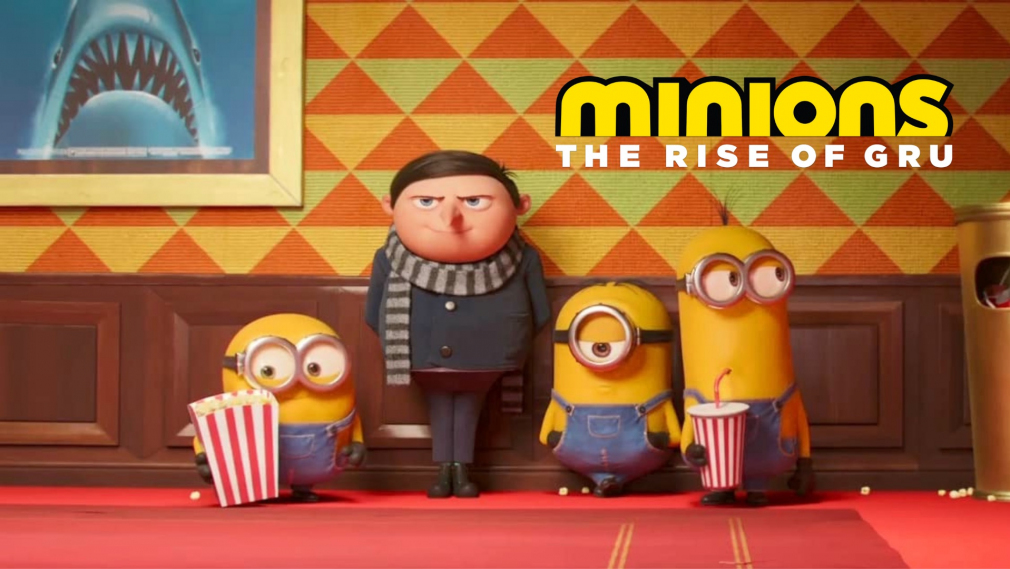